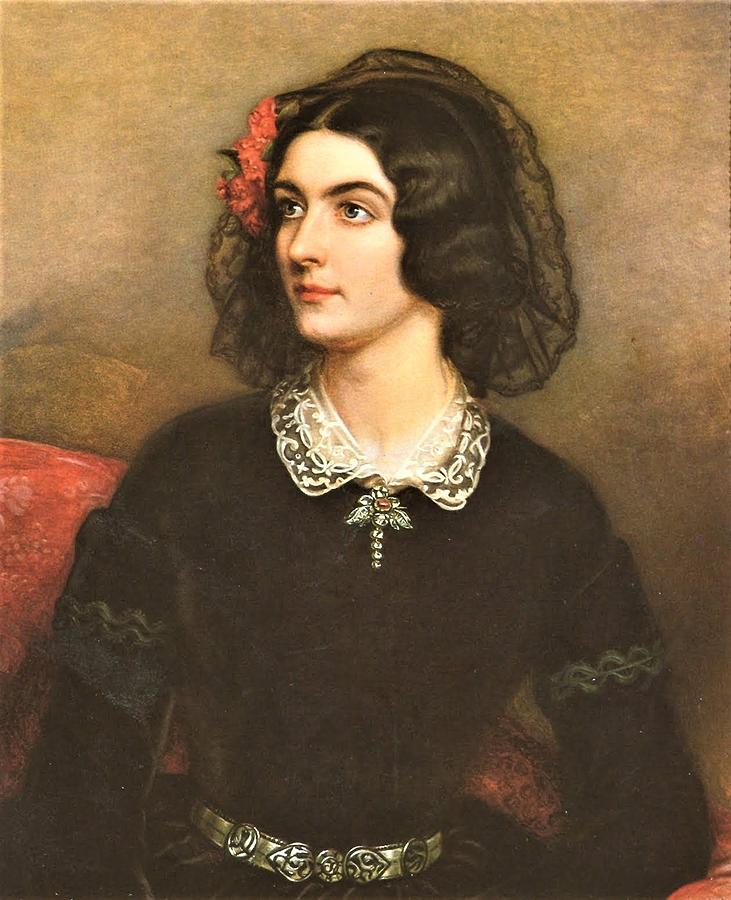 USPD: Reproduction of 1847 oil on canvas painting of Famous dancer Lola Montez by Joseph Karl Stieler: b. 1781. d, 1858. German famed portrait painter. This painting of Lola Montez AKA Eliza Gilbert born in Grange, county Sligo, Ireland 1821, died 1861, age 39. She led a free and liberal life of many escapeds, and carefree and reckless adventures with many rich and influencial men. Travelled widely in Europe, Australia, and the united states. Lived in San Francisco, during the Gold rush era, and settled for a time in Grass Valley, California in the Sierra Nevada Mountains. Her dancing style aptly named 'the spider' drew huge crowds of men, and was 'rapturously encored' with her skirts lifted in a sensual manner, and it was well known while dancing she never wore under-garments. She died in New york city in1861 of a serious disease, where she aided and helped destitute, and abandoned women.