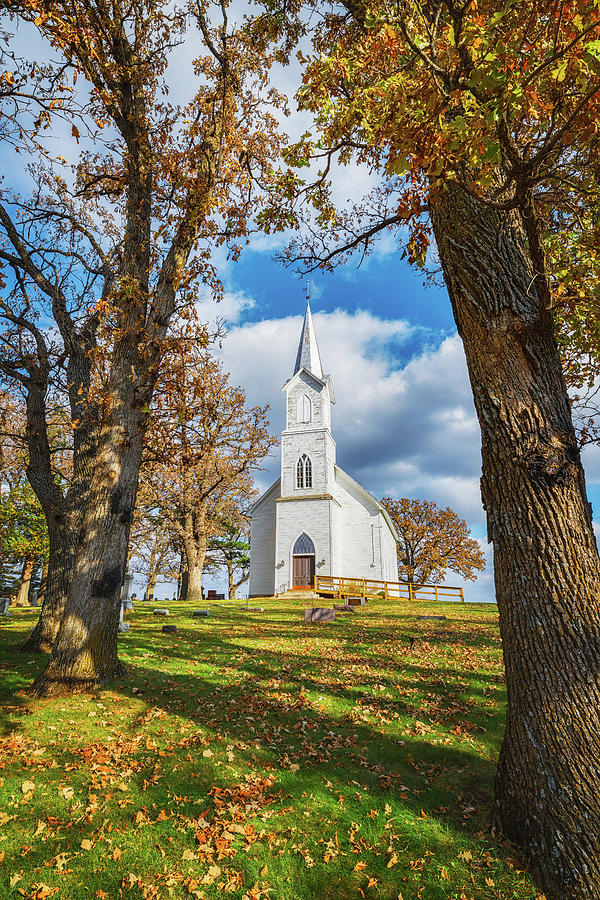 The church’s website affirms that several members left the Church immediately following the 1918 split but that the remaining group refocused on “peace and unity of the doctrine.” After 1918, the ELS continued to demonstrate Mark Granquist’s theory of organizational change and fluidity within Lutheranism. For example, the ELS severed ties with the Lutheran Church-Missouri Synod in 1955 but chose to continue in fellowship with Wisconsin’s synod, the WELS. The ELS cited irreconcilable doctrinal differences with the LCMS as its reason for leaving, again standing strong to the Synod’s doctrine. In 1927, the ELS purchased Bethany Ladies College and formed it into a Bethany Lutheran College, then a small co-ed junior college in Mankato, Minnesota. Just 19 years later, the college opened Bethany Lutheran Theological Seminary; first as a department in 1946 which then became its own institution in 1975. Lutheranism’s role in higher education is something that traces back to Martin Luther and is also held up as a central part of the Lutheran tradition by Lutheran Pastor and Historian Richard Solberg.

Today, Lime Creek has retained enough members to become a part of the “Five Point Parish” with the congregations of First Shell Rock, Immanuel, Lake Mills, and Somber. Lime Creek remains a part of the Evangelical Lutheran Synod who identify themselves as “orthodox, confessional Lutherans.” In other words, the ELS continues to remain rooted to its doctrine and teaches that good works are necessary for sanctification but not justification. For example, Lime Creek and the ELS are traditional in their views on sexuality being between a man and woman and on the State’s freedom to wage just war and administer capital punishment. The synod maintains focus on cooperation and education, still working with the WELS and operating Bethany Lutheran College. The college continues to fulfill Richard Solberg’s theme of Lutherans’ role in higher education: Bethany moved to become a four-year institution in 1996 and granted its first baccalaureate degrees in 2001. Nowadays, Pastor Erich Hoeft has been serving at all Five Point Parishes since 2009. A Wisconsin native, Pastor Hoeft received his Masters of Divinity from Bethany Evangelical Lutheran Seminary in 2004 and began public ministry with the ELS immediately afterwards. Lime Creek still mirrors the spirit of the congregation’s first members in that both are willing to separate and merge as long as they hold firm to doctrine.

Please contact me directly for the best prices or simply use discount code CPJASS at checkout for up to $50 off your purchase of any image.

A beautiful autumn scene / capture. Love how the church is framed by the trees.

Oh, this is lovely. I like everything about it. Well done.

Thank you Harriet, I sure appreciate the kind words... It was a beautiful afternoon and after I shot this I took some time to just enjoy the peace and quiet... Have a great day!