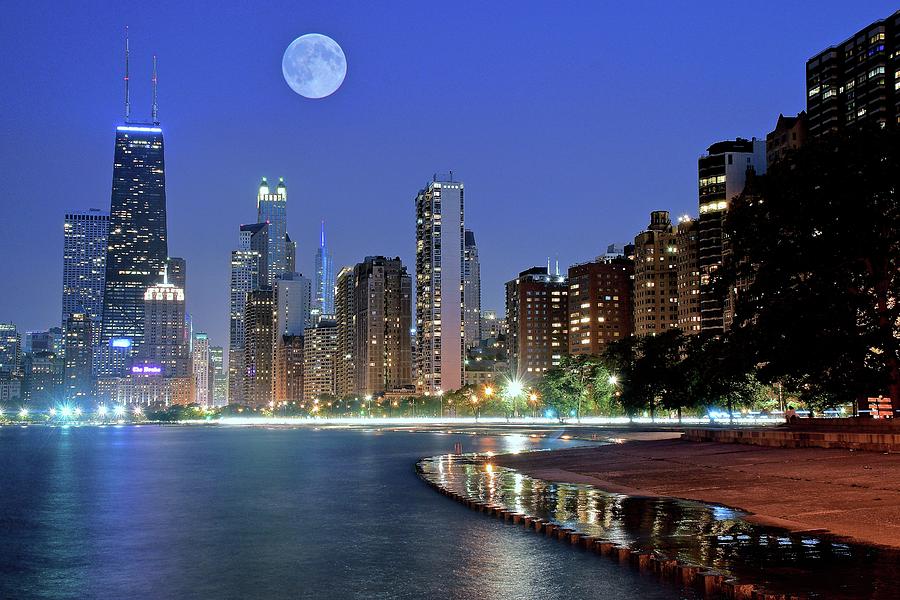 Chicago Illinois is the third largest city in the united states. The downtown skyline and cityscape is huge and boasts the sears tower as well as Hancock building. Known as the windy city it is located on the southwest shore of lake michigan. Many tourist attractions are present including Navy Pier built in 1916 with 34 acres of land and at a length of 3300 feet. Also Buckingham fountain built in 1927 and located at 301 South Columbus Drive which also features a nightly light show. The fountain was used as the opening shot for Married with Children. Millennium park also known as Cloud gate has much to offer tourists as well.

Further still is the breathtaking view that can be had at the top of both Sears tower ( now called willis tower ) or the Hancock building. The Chicago Theater is a historical landmark and a fabulous venue to see a show, and who could resist Chicago style pizza. The beachfront is magnificent as well as the nearly crystal clear water and the lakefront also boasts a walking trail that has lanes to section off walkers from runners and runners from bikers. I would highly recommend a visit on any size vacation.

Still further Chicago is home to the 2016 World Series champion Cubs who play at the oldest Ballpark in the major leagues. Wrigley field also known for its ivy covered wall is the last stadium to ever have a night game. Soldier field is home to the Bears and Chicago also is home to The Bulls, White Sox and Blackhawks who have all won championships.

The Windy City is also well known for it�s elevated train which is widely used to prevent the need for parking which is very expensive as you might imagine! While there are many more tourist attractions I will list only one more Adler planetarium which is well worth the time. If you like this one please check out my entire Chicago Gallery to find it in Color as well as a wide variety of Chicago photos in both color or Black and White!

Wow, i just love all of your city night shots!! So great

CONGRATULATIONS!! Your beautiful artwork has been Featured by the - CHICAGOLAND ART GALLERY - group on Fine Art America / PIXELS! Thank you for sharing it !! http://tinyurl.com/ChicagolandArt

This is iconic Bob. F/L