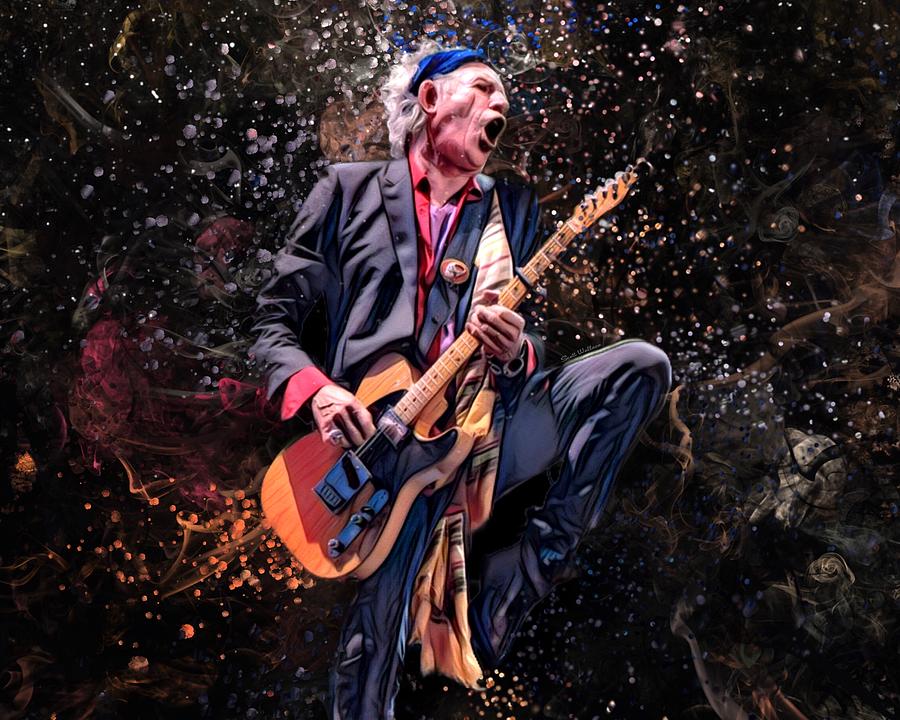 Keith Richards (born 18 December 1943), sometimes credited as Keith Richard, is an English musician and songwriter best known as a guitarist and founder member of the Rolling Stones. Rolling Stone magazine called Richards "rock's greatest single body of riffs" on guitar and ranked him fourth on its list of 100 best guitarists in 2011, and the magazine lists fourteen songs that Richards wrote with the Rolling Stones' lead vocalist Mick Jagger on its "500 Greatest Songs of All Time" list.

Awesome capture of the older Keith, just love these guys, they just keep going with energy and style LF

Excellent artwork! L/f Thank you for the feature in FAA Portraits - Birds!

Fantastic portrait of this icon musician!...L/T

Awesomly done, l/f for this

This is really amazing work featuring this iconic musician, love the Stones

Thank you so much Hanne

Thanks for all your awesome support Morris

Thank you so much Robert

What a guy and what a portrait! It so defines this legend! l/f/t

Thanks for the support Kay, it’s greatly appreciated :)

Your very welcome Brian, and thank you too

Thank you so much Khalid

Thank you so much Khalid

Thank you so much Jim