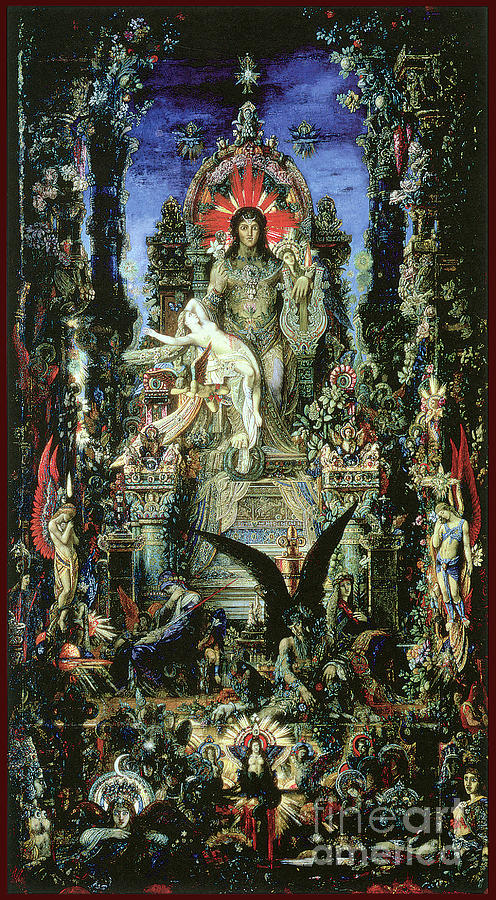 Jupiter and Semele 1895, Gustave Moreau, Jupiter et Sémélé (1894–95; English, Jupiter and Semele) is a painting by the French Symbolist artist Gustave Moreau (1826–1898). It depicts a moment from the classical myth of the mortal woman Semele, mother of the god Dionysus, and her lover, Jupiter, the king of the gods. She was treacherously advised by the goddess Juno, Jupiter's wife, to ask him to appear to her in all his divine splendor. He obliged, but, in so doing, brought about her violent death by his divine thunder and lightning. The painting is a representation of "divinized physical love" and the overpowering experience that consumes Semele as the god appears in his supreme beauty which has been called "quite simply the most sumptuous expression imaginable of an orgasm".