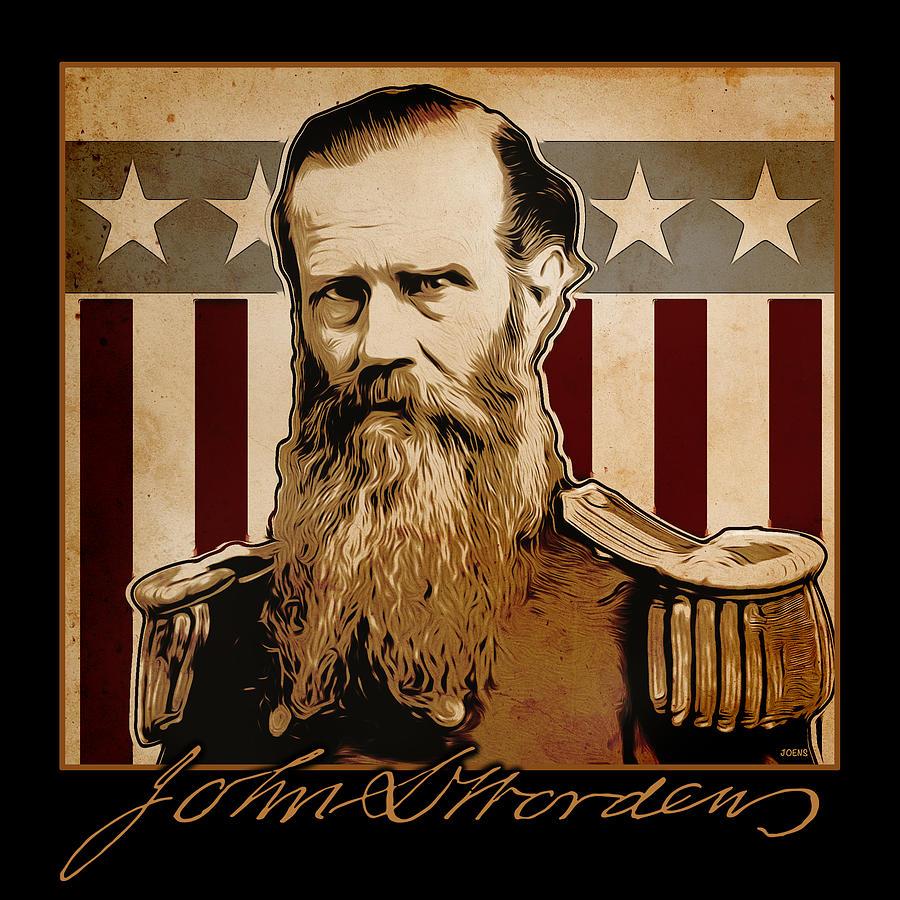 John Lorimer Worden (March 12, 1818 – October 19, 1897) was a U.S. Navy officer in the American Civil War, who took part in the Battle of Hampton Roads, the first-ever engagement between ironclad steamships at Hampton Roads, Virginia, on 9 March 1862.

Commanding the Union’s only warship of this class, USS Monitor, Worden challenged the Confederate vessel Virginia, a converted steam-frigate that had sunk two Union blockaders and damaged two others. After a four-hour battle, both ships withdrew, unable to pierce the other’s armour.