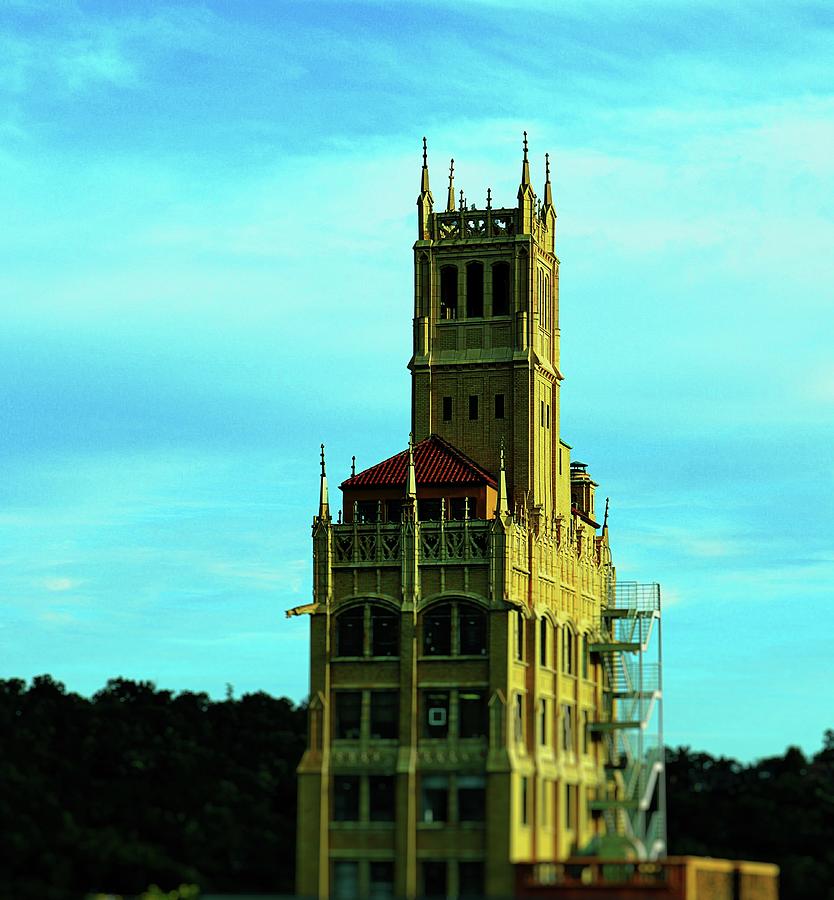 The Neo-Gothic building was fully occupied when it opened in 1924. The observation tower had a 400x telescope and an 18 million candlepower searchlight[2] intended to attract tourists.[5] The grotesques on each corner are not functional; there are small holes in the mouths to let water escape and not freeze in the terracotta. Next to the Jackson Building was the 8-story Westall Building, also designed by Greene[6] which was not large enough for its own elevator.[7] For this reason, the two buildings have the same elevator system.

Pack Square Investors LLC and others bought the Jackson Building and other properties for $15 million in 2004 and sold them to Pack Square Property (Wicker Park Capital Management of Savannah, Georgia) for $28.3 million in 2017.

WOW, I love this architecture

This is an interesting building. FL

Thank you Debby......strange in its location!!!

Thank you very much Pamela for the feature....it is greatly appreciated

Thank you all for the comments....

Wonderful, I love the architecture here

Thank you Bonnie.....For sure, seemed kind of out of place in its mountain surroundings!!

Thank you very much Jenny for the feature in the No Place Like Home group.....it is greatly appreciated

wow such an amazingly beautiful place.

It certainly stood out Wayne.....

Cool capture of this interesting building! Thanks for the history! l/f/t/p/fb

Thank you very much Alana.....I thought it was odd to see in a mountain area of the country!!

Thanks for all the comments....