In Remembrance Of Ny Dc And Pa 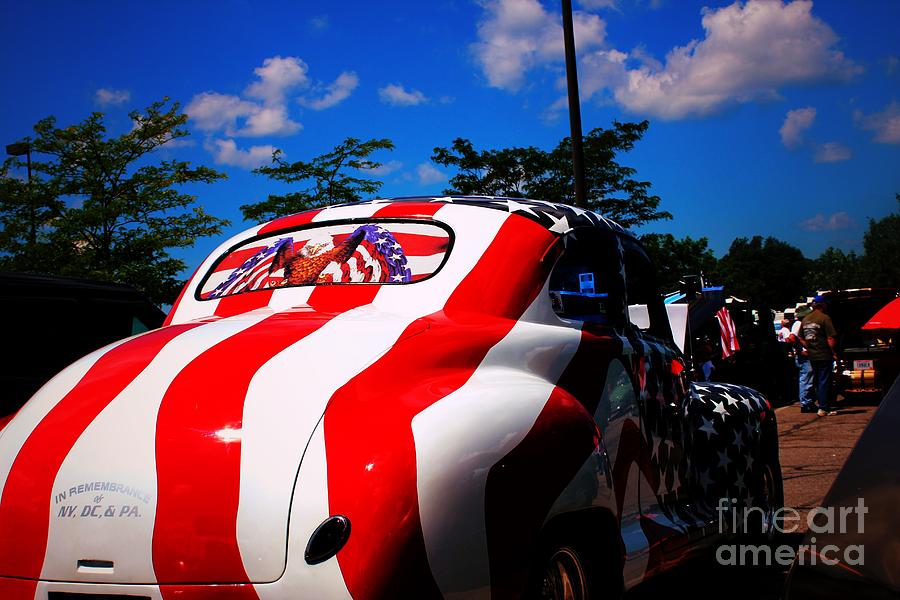 In Remembrance Of Ny Dc And Pa

This is a 1947 Plymouth that has been painted up to remember 9/11 and all the lives that were lost on that fateful September day in New York City and Washington D.C. and in Pennsylvania.
I found this car in Ohio at a car show in Ashland, Ohio and the owner drives it proudly so everyone that comes in contact with it can and will always remember what happened on that Tuesday morning September 11, 2001.

Four passenger airliners which all departed from the U.S. East Coast to California were hijacked by 19 al-Qaeda terrorists to be flown into buildings. Two of the planes, American Airlines Flight 11 and United Airlines Flight 175, were crashed into the North and South towers, respectively, of the World Trade Center complex in New York City. Within two hours, both 110-story towers collapsed with debris and the resulting fires causing partial or complete collapse of all other buildings in the World Trade Center complex, including the 47-story 7 World Trade Center tower, as well as significant damage to 10 other large surrounding structures. A third plane, American Airlines Flight 77, was crashed into the Pentagon the headquarters of the United States Department of Defense in Arlington County, leading to a partial collapse in the Pentagon's western side. The fourth plane, United Airlines Flight 93, initially was steered toward Washington, D.C., but crashed into a field near Shanksville, Pennsylvania, after its passengers tried to overcome the hijackers. In total, 2,996 people died in the attacks, including the 245 civilians, a law enforcement officer, and the 19 perpetrators aboard the four planes. It was the deadliest incident for firefighters and law enforcement officers in the history of the United States, with 343 and 72 killed respectively.

Congratulations your beautiful artwork is being featured in The World We See Group:-)

Congrats on your features of this beautiful car!

Love the beauty of this piece and the quality and care that went into its composition! It is my pleasure to PROMOTE this piece of beauty on our FEATURED ARTWORK section of the Wisconsin Flowers and Scenery group. Thanks for sharing! Liked & faved Forever, Elvis