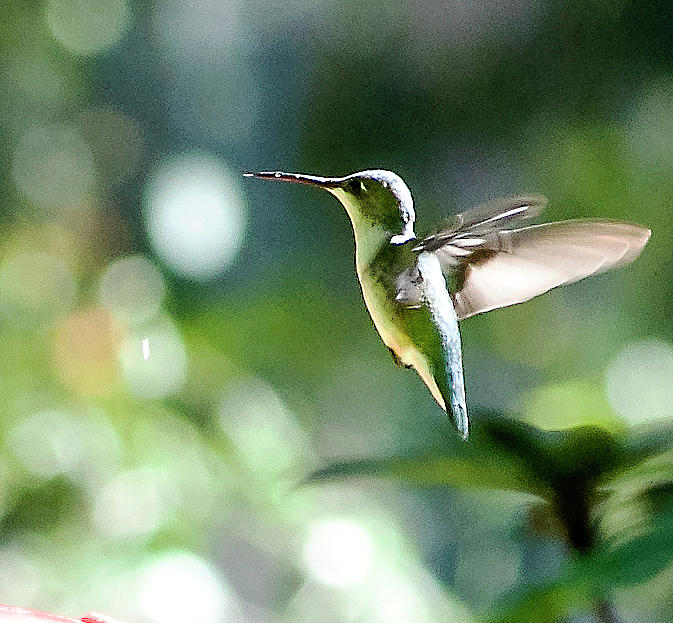 A female ruby-throated hummingbird hovers near a feeder in Riverview, Florida.

The ruby-throated hummingbird (archilochus colubris) can be found from the Canadian prairies, almost to the Pacific Coast, down through the eastern United States into Mexico and Central America to Costa Rica, the Caribbean and West Indies. Look for them in open woodlands with forested edges, meadows, grasslands, parks, gardens and backyards.

The only eastern North America breeding hummingbird, archilochus colubris measures from 2.8" to 3.5" long with a wingspan between 3.1" and 4.3." They feed mainly on nectar with red and orange flowers their favorites. but also catch and eat insects from the air, like gnats, and mosquitoes, take insects from spider webs, and eat spiders, small caterpillars and aphids.

I'm Really glad you like it John. Thank you very much for the feature in the group "Images That Excite You."