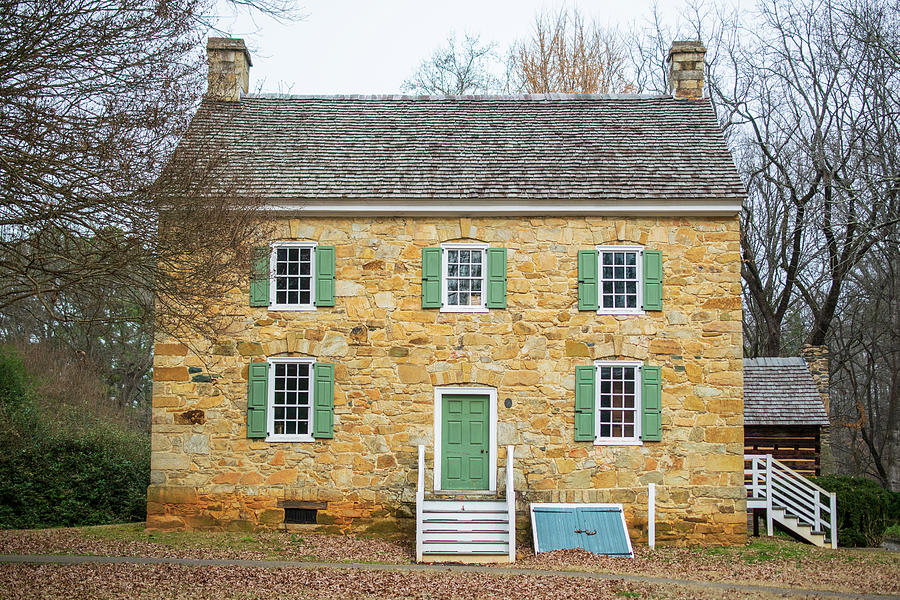 The Hezekiah Alexander House in Charlotte, North Carolina, built in 1774, is the oldest surviving structure in Mecklenburg County, North Carolina. It was named to the National Register of Historic Places in 1970.

The 600-acre plantation was home to Alexander, his wife Mary Sample, and their 10 children. Alexander, like many of the other wealthy Mecklenburg leaders, owned slaves. He was one of five men - John McKnitt Alexander, Ephraim Brevard, Abraham Alexander and Thomas Polk - who were at the center of Mecklenburg's political and economic struggles during the Revolutionary War years. These men, the Committee of Safety, maintained order and kept citizens informed of the turbulent events taking place. In 1775, news of a British attack on Massachusetts colonists reached the Carolinas.

Thanks for the feature in New FAA Uploads

Thanks for the feature in Daily Promotion

Gorgeous stone structure ! ! ! ! Love the architecture of this superb example of fine craftsmanship. The arched stonework with the beautiful keystone above each of the windows and the door really stand out on this fantastic building ! ! ! Nice capture Mary Ann ! ! ! !

Thanks for the feature in USA Photographers

Thanks for the feature in FAA Portraits

CONGRATULATIONS! Your wonderful image has been FEATURED on the home page of "SHOWCASING THE SOUTH” L

Thanks for the feature in Just Perfect

Thanks for the feature in Southern Pride Photography