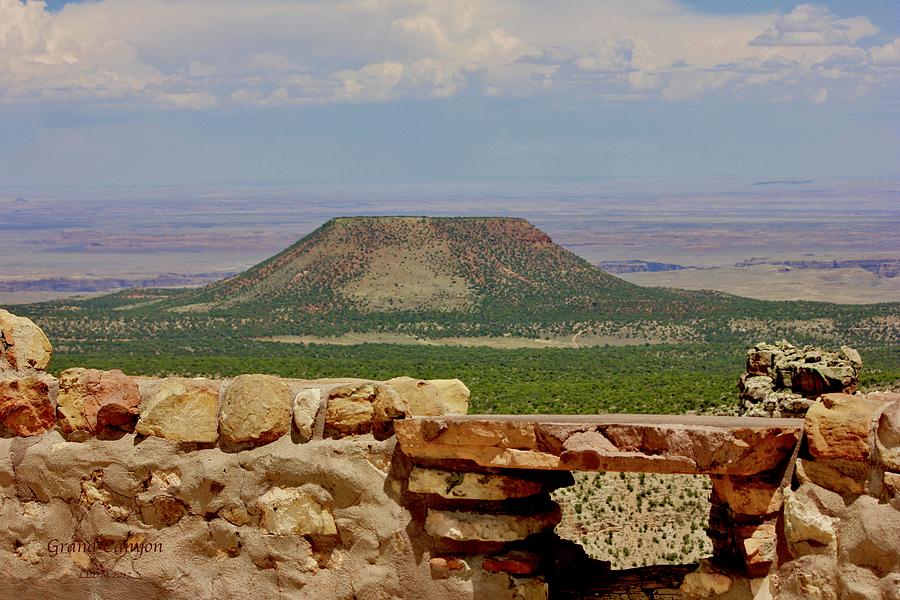 TRIBAL CONNECTIONS
"From Navajo Point., your view includes Grand Canyon and extends across the surrounding plateau into modern-day Indian Country. Several tribes still live in and around the canyon, honoring their ancient connection to this place.
Grand Canyon is their ancestral homeland, a sacred place, and a source of knowledge for many native people. Their history was not recorded in books, but lives in their traditions and oral accounts. Their ties to Grand Canyon are born of intimate knowledge and wisdom gained over thousands of years. The canyon's teachings are handed down generation to generation. Many of the traditions remain private, but their continued use enriches the ongoing, human connection with Grand Canyon."
(Copied from Tribal Connections)


Majesty in Stone and Light

"Naturalist John Muir described Grand Canyon: "In the supreme flaming glory of sunset the whole canyon is transfigured as if the life and light of centuries of sunshine stored up in the rocks was now being poured forth as from one glorious fountain, flooding both earth and sky."

Thanks for the visit Lenore.