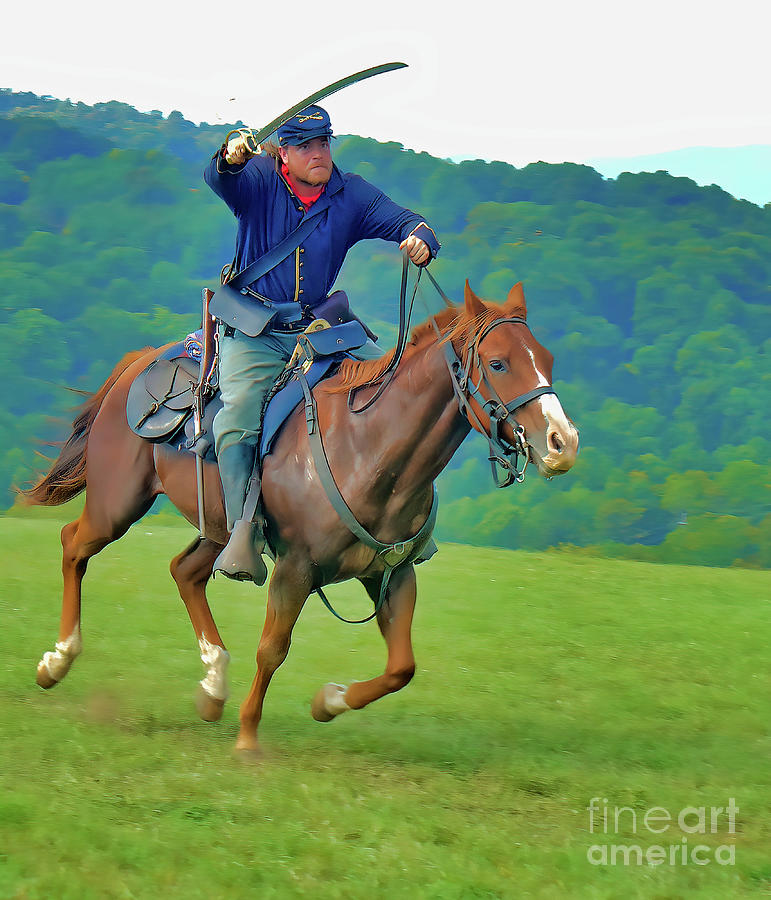 This was taken during the 150 year centennial celebration of the Battle of Gettysburg civil war in Pennsylvania. The Battle of Gettysburg, fought from July 1 to July 3, 1863, is considered the most important engagement of the American Civil War. After a great victory over Union forces at Chancellorsville, General Robert E. Lee marched his Army of Northern Virginia into Pennsylvania in late June 1863. On July 1, the advancing Confederates clashed with the Union’s Army of the Potomac, commanded by General George G. Meade, at the crossroads town of Gettysburg. The next day saw even heavier fighting, as the Confederates attacked the Federals on both left and right. On July 3, Lee ordered an attack by fewer than 15,000 troops on the enemy’s center at Cemetery Ridge. The assault, known as “Pickett’s Charge,” managed to pierce the Union lines but eventually failed at the cost of thousands of rebel casualties. Lee was forced to withdraw his battered army toward Virginia on July 4. The Union had won in a major turning point, stopping Lee’s invasion of the North. It inspired Lincoln’s “Gettysburg Address,” which became one of the most famous speeches of all time.

Thank you, John for the feature!