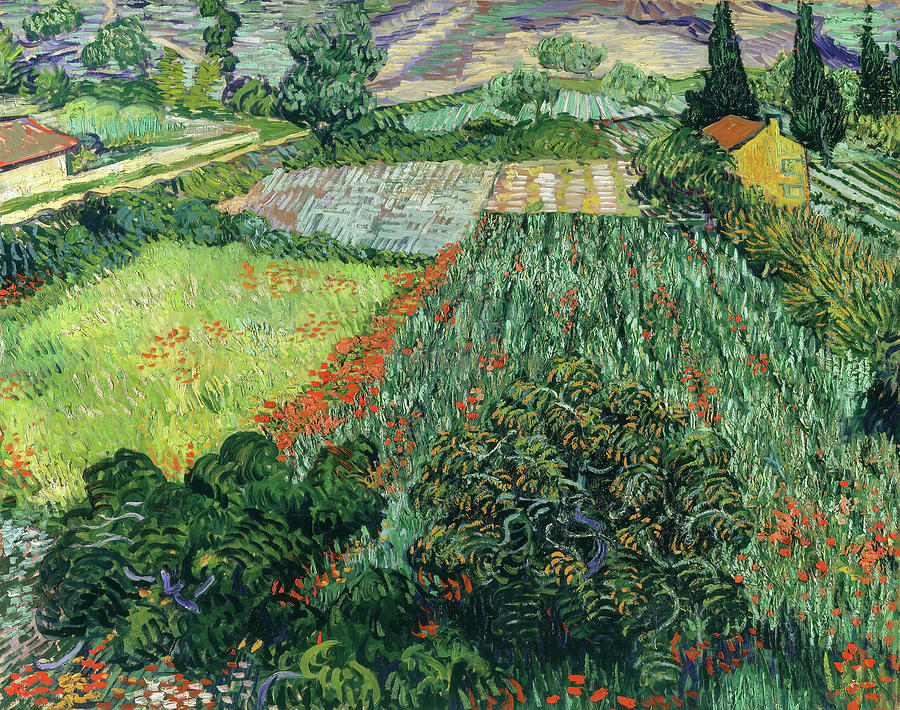 At the beginning of May 1889, four and a half months after his serious breakdown, Vincent van Gogh entered an asylum in Saint- Rémy in the Provence. When he was allowed to leave the grounds of the institution at the beginning of June, Field with Poppies was one of the first motifs he decided to paint. From a slightly elevated vantage point, he depicts the view over the valley with grain fields: It is a tapestry of impastoed colors dominated by the contrasting effect of the complementary colors of red and green. The swirls of color lend the canvas dynamism, whereas the lines of perspective draw the viewer’s gaze into the distance.

When Gustav Pauli acquired Field with Poppies for 30,000 marks, thus continuing with his progressive purchasing policy, he sparked an art scandal that has since become famous. The Worpswede painter Carl Vinnen initiated the “Protest of German Artists,” a pamphlet in which numerous artists and art critics came out against the purported “foreign infiltration of German art” and what in their opinion was an increased acquisition of French art by German museums—an accusation that was not borne out by the facts. Several months later, the “Answer to the Protest of German Artists” was published, to which prominent artists of the avant-garde contributed, such as August Macke, Franz Marc, Max Pechstein, and Vassily Kandinsky.