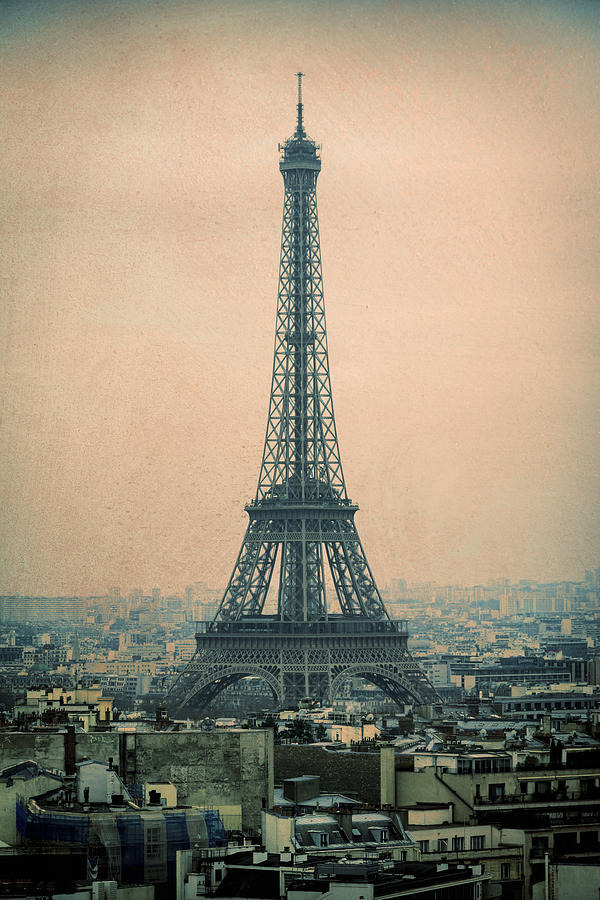 Viewed from atop the Arc de Triomphe, the Eiffel Tower literally towers over Paris! Zoning restrictions in Paris limit the height of most buildings to seven stories making the height of the tower even more dramatic. Constructed in 1889 as the entrance to the 1889 World's Fair, it was initially criticized by some of France's leading artists and intellectuals for its design, but has become a global cultural icon of France and one of the most recognizable structures in the world. The tower is the tallest structure in Paris and the most-visited paid monument in the world: 6.98 million people ascended it in 2011. An average of 25,000 people ascent the tower every day. And you feel like you have bumped into most every one of them when you go there!

thank you Ludek for the feature in the Eiffel Tower group, 7/19/17

Wonderful subtle mood to this!

Loved it shared it

thank you David and Carol Kelly!

thank you for stopping by Joe!

Love the feel in this iconic image ! v/f/l

Incredible presentation with beauty from all angles Joan

Great work on this! L,F,Pin

lovely image. I love the toning on this image.

This is absolutely incredible! L/F

thank you Darren for the feature in the Photography and Textures make Fine Art group, 4/9/16

Stunning perspective and treatment Joan. This point of view really give s this iconic structure a prominence I haven't really seen before.

Thank you Pam for the feature in the ABC group - V Is For Vertical group, 4/5/16

Beautiful toning, give the Eiffel image a vintage feel!