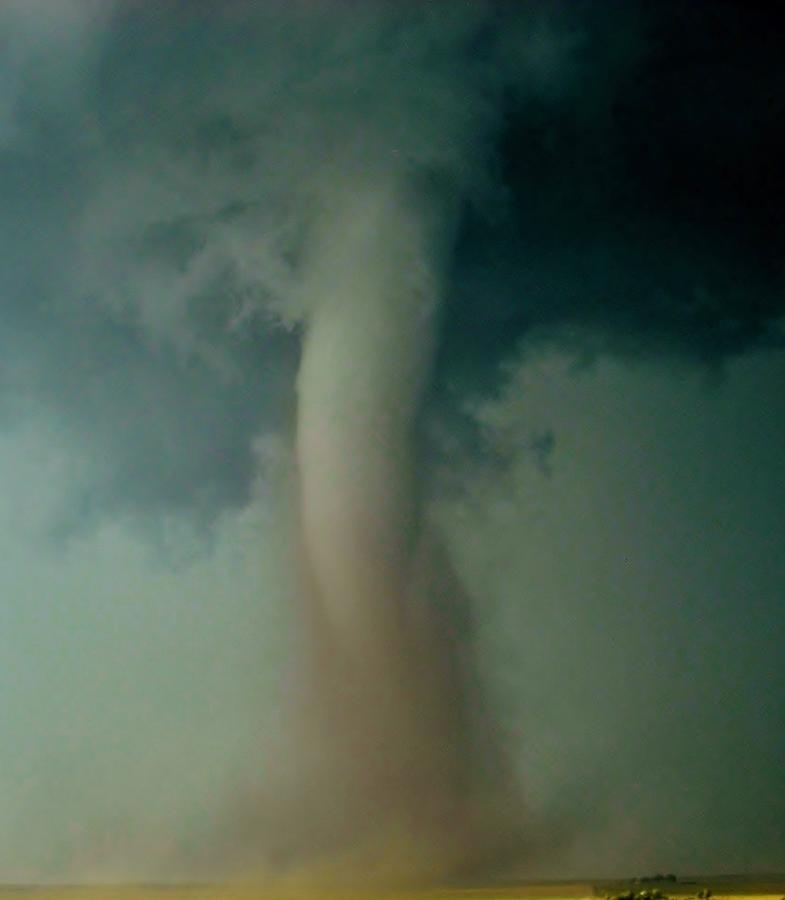 A tornado becoming wrapped in dust & soil near Campo, Colorado (just north of the Colorado/Oklahoma state line) on Memorial Day, 2010. The NWS in Pueblo, CO rated the tornado as an EF2 on the Enhanced Fujita Scale. The picturesque tornado moved quite slowly and changed shape & color several times during its lifespan, which was well over 20 minutes. Fortunately, as it remained over mostly open country, it did relatively minor damage and resulted in no injuries. The parent supercell thunderstorm produced at least 3 tornadoes as well as hail up to at least 2.50" in diameter (tennis-ball size). Special credit to fellow storm chaser Dr. Jason Persoff (who was standing next to me as I took this photograph) for the inspiration for the title of this piece of artwork, as he remarked to me at the time that the tornado was a "dust-eating monster".

Thanks for the feature in your "Excellent Self-Taught Artists" group, Joe.

Thank you very much, Joyce!

Thanks for the feature in your "ABC Group - C - Clouds" group, David. I greatly appreciate it.

Thanks for the feature in your "Beauty" group, James!

an incredible capture of this major display of the power of nature! vf

Thank you very much, Gregory!