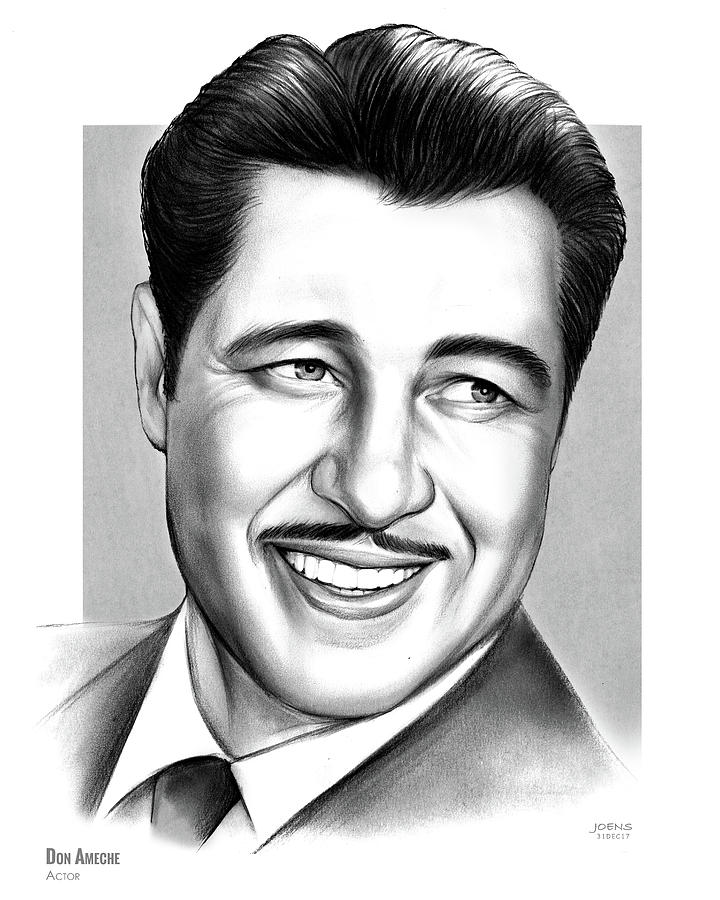 Don Ameche
Sketch of the Day for Sunday, 31-DEC-17

As a handsome, debonair leading man in 40 films over the next 14 years, he was a popular star in comedies, dramas, and musicals. In the 1950s he worked on Broadway and in television, and was well known as the host of NBC's International Showtime from 1961 to 1965. Returning to film work in his later years, Ameche won the Academy Award for Best Supporting Actor for his performance in Cocoon (1985).

Ameche was married to his wife Honore for 54 years, and they had six children.