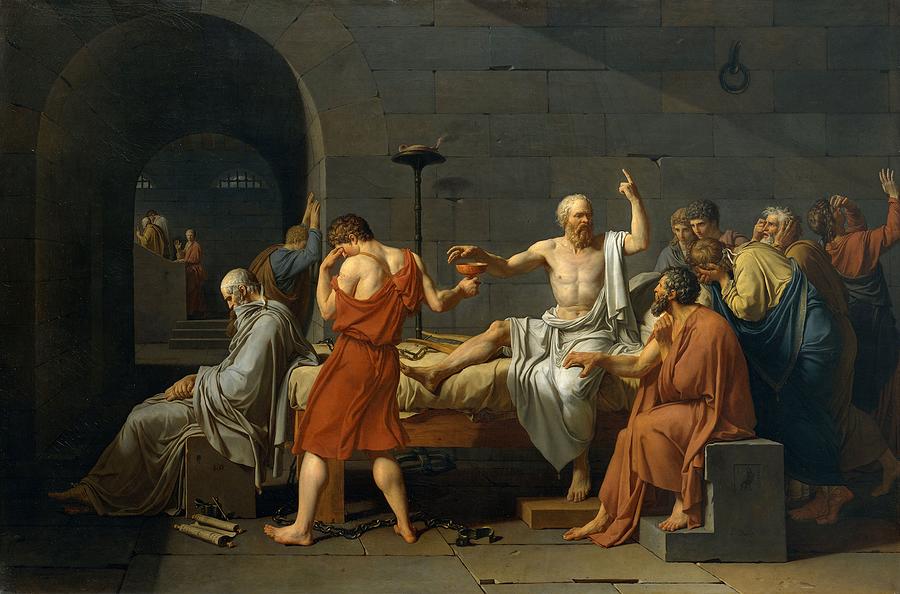 This French Neo-classical by Jacques Louis David depicts the scene in which Socrates bids his friends and followers farewell before he takes the fatal hemlock that was his lethal sentence from the court of his fellow citizens of Athens. This 1787 classic was produced in Paris on the verge of the French Revolution and is thought by some to depict both the oppression of virtue by the state and the calm resignation of the wise man to the dictates of Fate. Thomas Jefferson was at the unveiling of the work which was an immediate sensation. The original painting measures 129.5 centimeters by 196.2 centimeters. The artist was thirty-nine when the work was completed and he died thirty-eight years later in Brussels. The painting is currently in the Metropolitan Museum of Art, New York City.