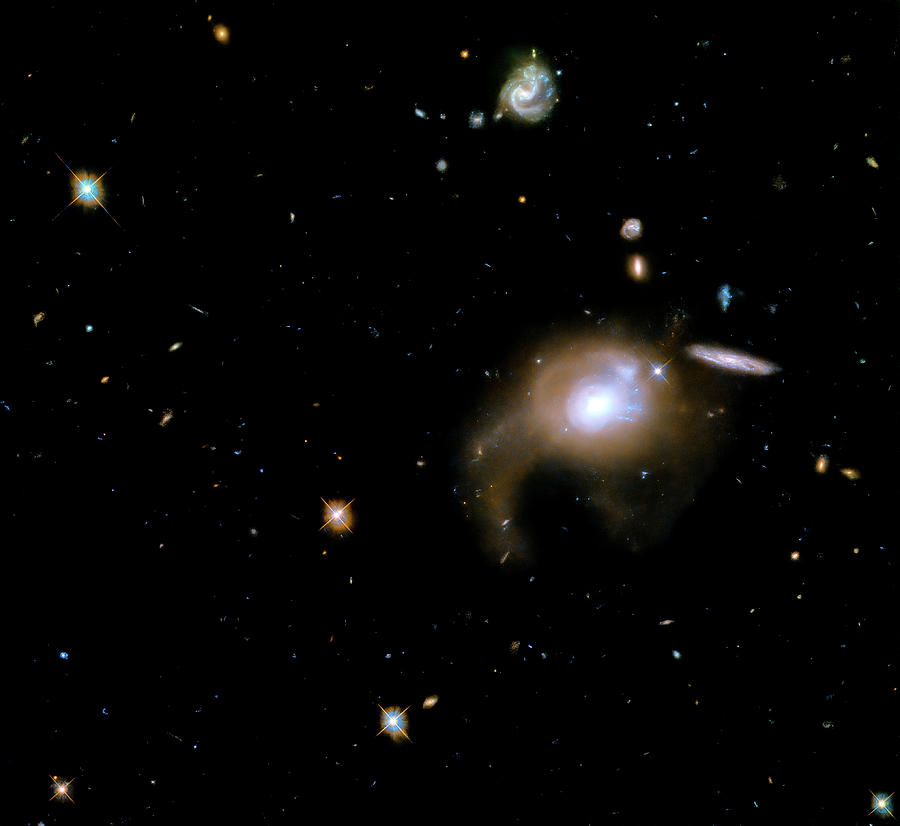 This large expanse of space captured with the Hubble Space Telescope features the galaxy SDSSJ225506.80+005839.9. Unlike many other extravagant galaxies and stunning nebulae imaged by Hubble, this galaxy does not have a short popular name, and is only known by its long SDSS name, which refers to its coordinates in the sky. This galaxy - visible in the center right portion of the image - and its many wondrous neighbouring galaxies lie in the constellation of Pisces (The Fish).

This is a post-starburst galaxy, which is a product of galaxies that have merged within the past billion years. This merger event drove gas to the galaxy's center and created an abundance of new stars, of which the brightest are visible in the remnant galaxy's core. The visible shells and tails surrounding the galaxies are also a result of this merger event.

Residing far beyond our own Milky Way, it is almost impossible to glimpse this galaxy without the assistance of Hubble, and, like thousands of similar faint and very distant galaxies, it was only discovered and catalogued in recent years. Many millions of galaxies still await our discovery as we build a wondrous picture of our night sky.