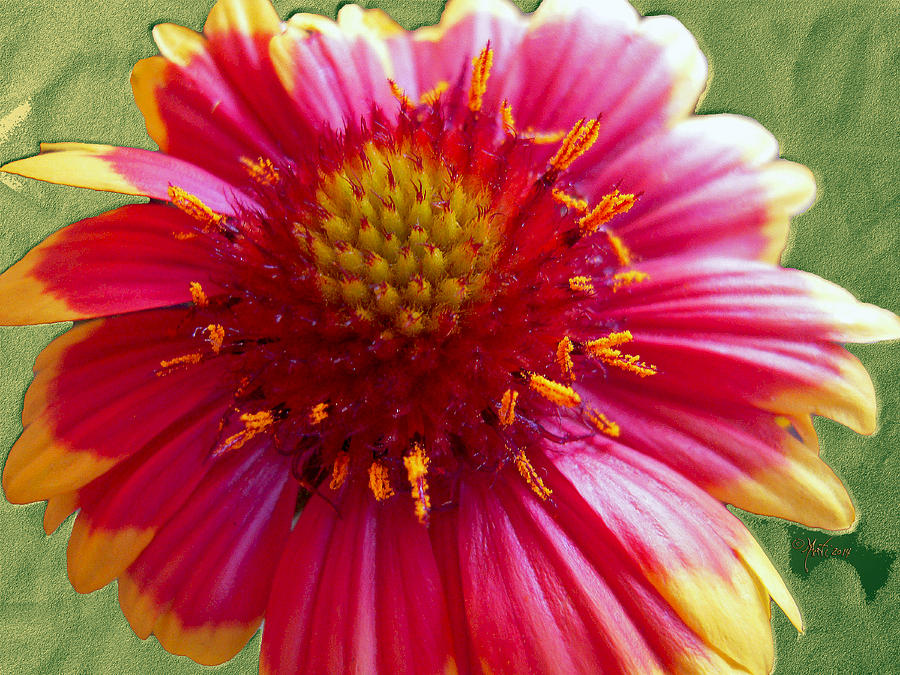 Echinacea is a cheery little flower that has many medicinal qualities. It boosts the immune system and can be used as a tea, tincture, extract, or in capsules.
This photograph would be great for a science or nature classroom, or in the waiting room of a health professional or a massage therapist. It could also be beautiful in any home for a little pop of cheerful color on a wall.

Echinacea /ˌɛkɨˈneɪʃ ə/[ is a genus, or group of herbaceous flowering plants in the daisy family, Asteraceae. The nine species it contains are commonly called coneflowers. They are endemic to eastern and central North America, where they are found growing in moist to dry prairies and open wooded areas. They have large, showy heads of composite flowers, blooming from early to late summer. The generic name is derived from the Greek word ἐχῖνος (echino), meaning "sea urchin," due to the spiny central disk. Some species are used in herbal medicines and some are cultivated in gardens for their showy flowers. A few species are of conservation concern.

Marketed and studied medicinal products contain different species (E. purpurea, E. angustifolia, E. pallida), different organs (roots and herbs) and different preparations (extracts and expressed juice). Their chemical compositions are very different.[2][3]
Multiple scientific reviews and meta-analyses have evaluated the published peer reviewed literature on the immunological effects of Echinacea. Reviews of the medicinal effects of Echinacea are often complicated by the inclusion of these different products.[4] Evaluation of the literature within the field suffers generally from a lack of well-controlled trials, with many studies of low quality
.

Congratulations ! This wonderful image has been featured in Women Photographers - One A Day.

Very nice detail and use of light to make it stand out Michele!! v/f/t