Castle Of The Counts 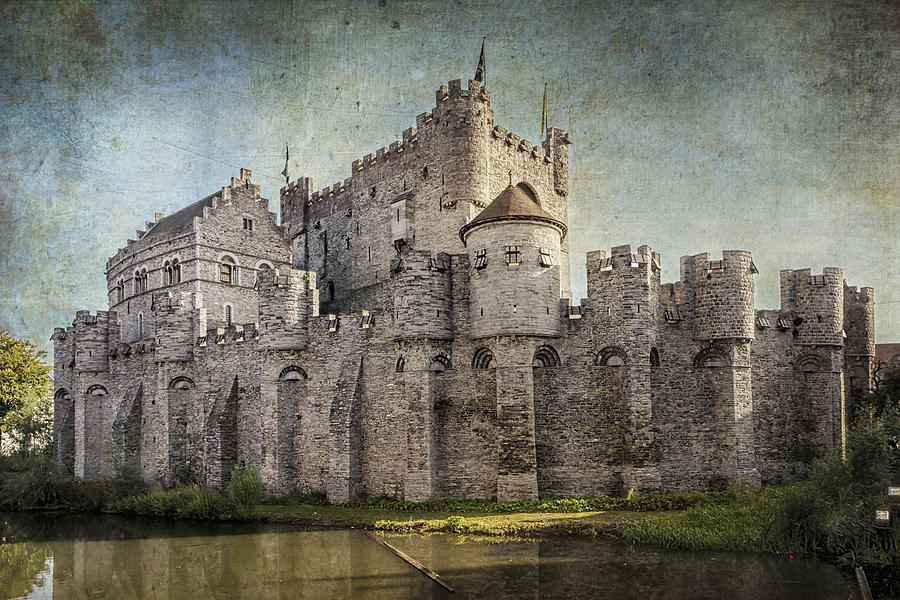 Castle Of The Counts

Funny story about this photo....This is the Gravensteen a castle In Ghent Belgium originating from the Middle Ages. I was familiar with some of the images takes of this castle and determined that I wanted to find the location that they were taken from. It appears that it is in the middle of a field, or some giant estate. Actually, it is sitting right in the middle of the city and from where I am standing on a bridge there is a tram line running right behind me. But all the photos taken from this location make it appear otherwise! The name Gravensteen means "Castle of the Count" in Dutch. The present castle was built in 1180 by count Philip of Alsace and was modeled after the crusaders castles that Philip of Alsace encountered while he participated in the second crusade. The castle served as the seat of the Counts of Flanders. The counts of Flanders had castles built in the principal cities of the county. Because they had to maintain law and order, they continuously had to move from one city to the other. Therefore, they had a castle in most cities where they wanted to stay for a few months. The castle of Ghent is the only one which survived the centuries more or less intact. The castle was abandoned in the 14th century, after which it was used used as a courthouse, a prison and eventually decayed. Houses were built against the walls and even on the courtyard and the stones of the walls were used to erect other buildings. At one time it even served as a factory. At the end of the 19th century, the castle was scheduled to be demolished. But in 1885 the city of Ghent bought the castle and started a renovation project. The newly built houses were removed and the walls and dungeon were restored to their original condition.

One of your peers nominated this image in the 1000 views Groups nominated images by your fellow artist in the Special Features #2 promotion discussion. Please visit and pass on the love to another artist. http://fineartamerica.com/groups/1000-views-on-1-image.html?showmessage=true&messageid=3007290

Thank you Mechala for the feature in the Historical Buildings of the World-100 group, 3/31/16

Thank you Nader for the feature in the Exploration Photography group, 3/28/16

Wow! this is terrific!

What a grand castle! Great capture and fabulous post processing!

thank you Robert for the feature in the First Friday Gallery Group 1x day group, 3/16/15

Love the antique textured look with this image! Beautiful work!

The texture makes it more vintage... if possible!