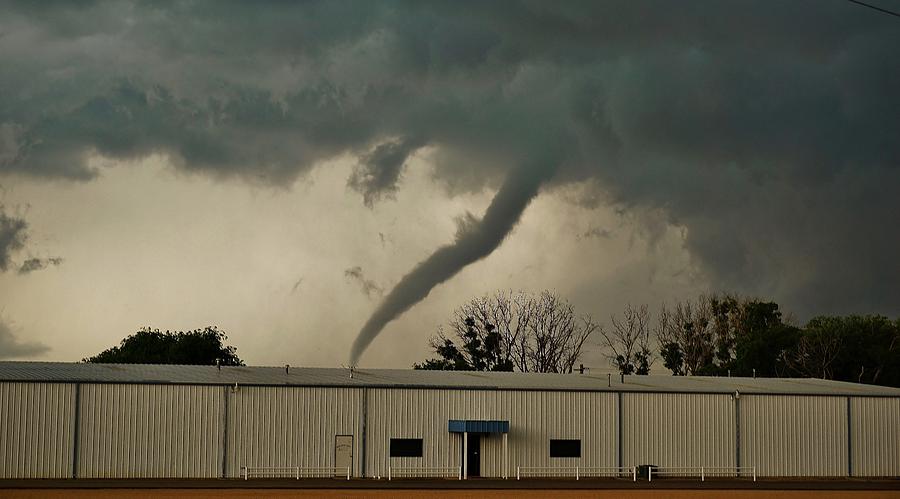 The final stages of the strongest tornado in a series of tornadoes that occured near the town of Canadian in the Texas Panhandle on May 27, 2015. This tornado was one of at least 4 tornadoes produced by the same supercell thunderstorm in the Canadian area during the afternoon & early evening hours that day. The National Weather Service Forecast Office in Amarillo, TX rated this tornado as a high-end EF2 on the Enhanced Fujita Scale (the EF Scale rates tornadoes from EF0 (weakest) to EF5 (strongest). Two of the other confirmed tornadoes produced by the same supercell were rated EF1, while a 4th confirmed tornado was rated EF0. It should be noted that the building in the foreground did not experience any damage.

WOW, what a capture

WOw for the twister

Wow, what a wonderful, but scary capture!!

Your stunning image has been featured in our group "Sky and or Clouds". http://fineartamerica.com/groups/sky-and-or-clouds.html