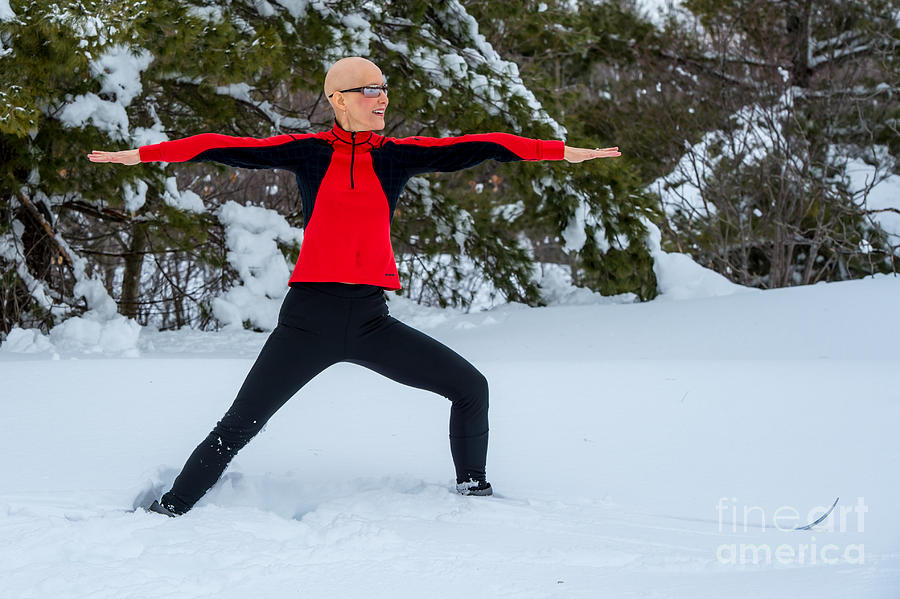 Barbara is one of those highly intelligent, socially aware moms who is good at just about everything - yoga instructor, marathon runner, successful scientific consultant, great cook, witty, urbane and she will take anyone on in a debate over just about any topic they may wish to name.

And then one day, she learns she has breast cancer, and is facing a couple of years of painful surgery, radiation and gut-wrenching chemo.

I was inspired to observe her tackle every difficult curve that was thrown her way with grace and a defiant determination and finally to triumph over this terrible disease. Yoga enthusiast will recognize this as a "warrior pose". What they won't know is that Barbara performed it after several hours of rigorous cross-country skiing while between two chemo sessions.

I love this photograph! It looks like either triangle or warrior pose. Great work!!

Thank you. I believe it is "warrior pose" but on skis.

She is a remarkable person.

great portrait and story behind it

A wonderful tribute to her resilience! L/F

Thank you for this honour.

Checked for ya'...you got it Robert

Thank you for sharing.

Pinned/tweeted, hope it helps you reach the 500 soon!

Thank you for your kind support.