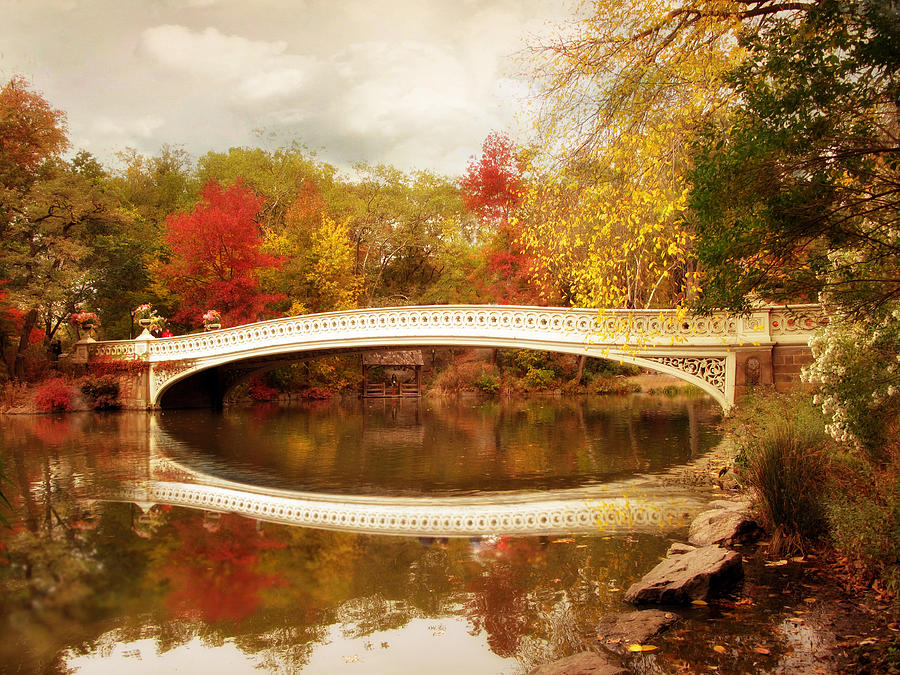 Bow Bridge, located in Central Park NYC is shaped like an archer's bow, was built between 1859 and 1862. It connects the Ramble and Cherry Hill, and spans more than 60 feet of the Lake. Because the south bank was higher than the north, construction of the cast iron bridge included raising the height of its northern abutment. Janes, Kirkland, and Co., the firm responsible for the dome of The Capitol in Washington, D.C., did the ironwork for the span of Bow Bridge. Vaux and Mould created the ornamental iron railing that incorporates elements of Gothic, Neo-Classical, and Renaissance design. It is the second oldest iron-cast bridge in the US

Thanks so much, Gary!

Hello Jessica, what amazing and beautiful work! L/F How very lovely your gift is.

Thanks so much, Debra!

How beautiful.....my favorite bridge in Central Park. I love how you processed this. Gorgeous color and light, and perfect bridge reflection. (f/l)