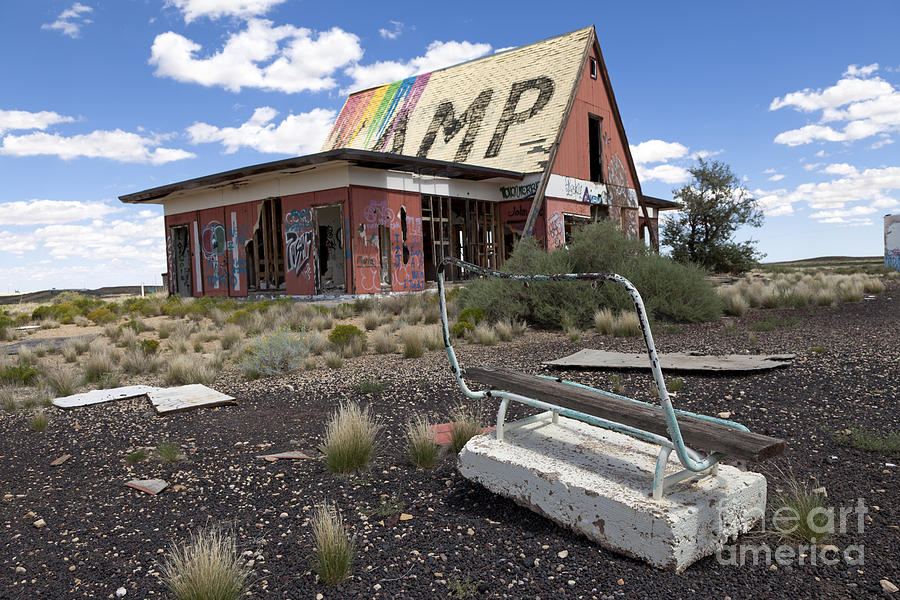 Bench and campground store at Two Guns in Arizona. Two Guns is located in Arizona, east of Flagstaff, on what was formerly Route 66. Two Guns was originally called "Canyon Lodge" when the National Trail Highway moved westward. Later, the National Trail was re-named Route 66, the site's name was changed to Two Guns, because the proprietor of the facilities located there was one Henry E. Miller, who called himself "Two Gun Miller." During the heyday of Route 66, Two Guns became one of the numerous tourist traps along the way, with a gas station, overnighting accommodations, a food emporium, as well as a zoo. Two Guns went into decline with the building of the Interstate.