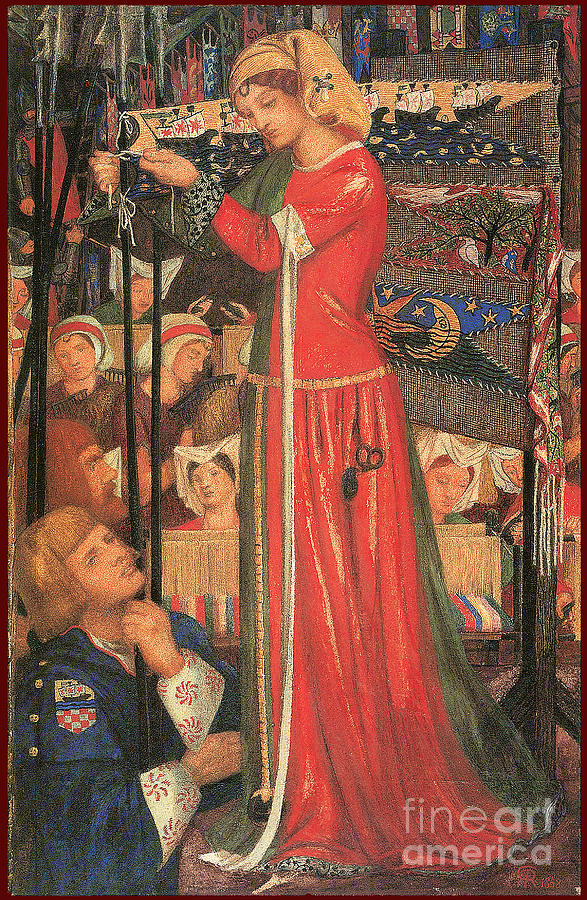 Before the Battle 1858, Dante Gabriel Rossetti, Gabriel Charles Dante Rossetti (12 May 1828 – 9 April 1882), generally known as Dante Gabriel Rossetti (/rəˈzɛti/), was an English poet, illustrator, painter and translator, and member of the Rossetti family. He founded the Pre-Raphaelite Brotherhood in 1848 with William Holman Hunt and John Everett Millais. Rossetti was later to be the main inspiration for a second generation of artists and writers influenced by the movement, most notably William Morris and Edward Burne-Jones. His work also influenced the European Symbolists and was a major precursor of the Aesthetic movement.