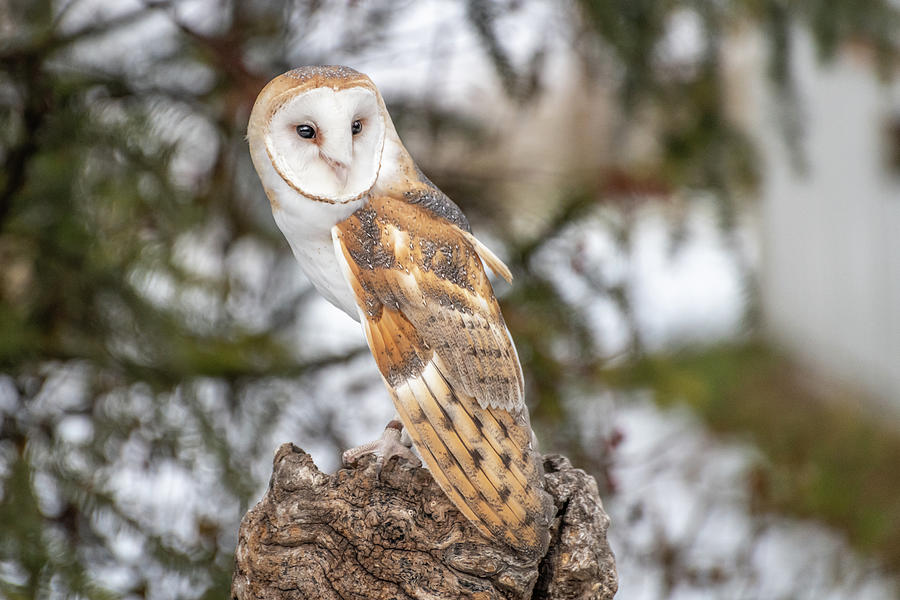 Barn Owl by Constance Puttkemery. The barn owl is the most widely distributed species of owl and one of the most widespread of all birds. It is also referred to as the common barn owl, to distinguish it from other species in its family, Tytonidae, which forms one of the two main lineages of living owls, the other being the typical owls.