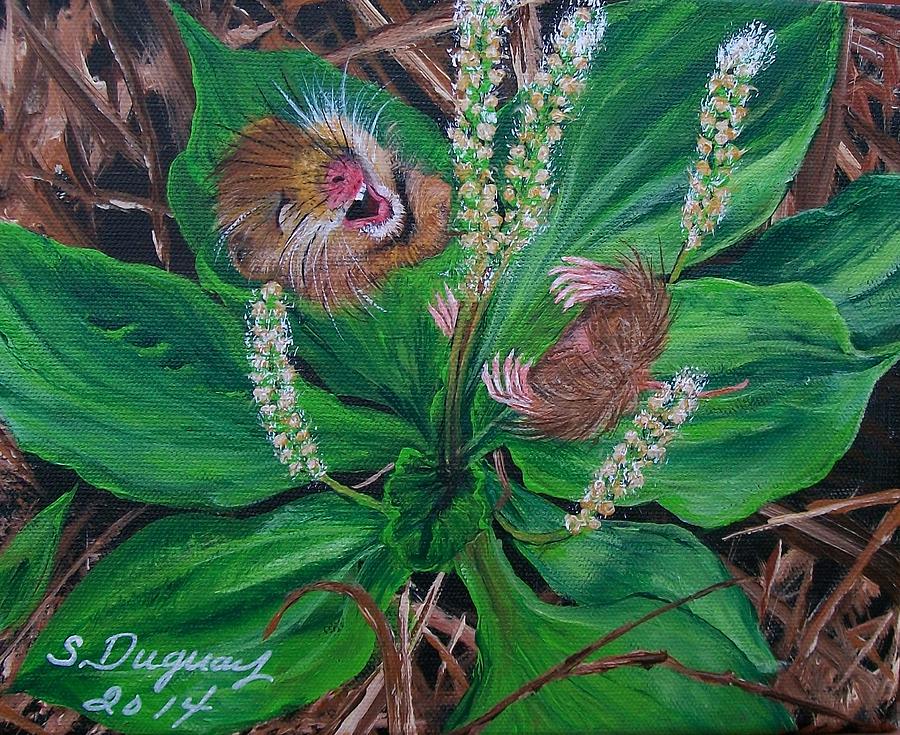 3rd in series ,,,,molly just waking up in the morning
Plantago is a genus of about 200 species of small, inconspicuous plants commonly called plantains. They share this name with the very dissimilar plantain, a kind of banana. Most are herbaceous plants, though a few are subshrubs growing to 60 cm (23.5 in) tall. The leaves are sessile, but have a narrow part near the stem which is a pseudo-petiole. They have three or five parallel veins that diverge in the wider part of the leaf. Leaves are broad or narrow, depending on the species. The inflorescences are borne on stalks typically 5�40 cm (2.25-15.75 in) tall, and can be a short cone or a long spike, with numerous tiny wind-pollinated flowers.

Plantains are used as food plants by the larvae of some species of Lepidoptera (butterfly and moth) - see list of Lepidoptera that feed on plantains.

They are found all over the world, including America, Asia, Australia, New Zealand, Africa and Europe. Many species in the genus are cosmopolitan weeds. They are found in many different habitats, most commonly in wet areas like seepages or bogs. They can also be found in alpine and semi-alpine or coastal areas. The cosmopolitan weeds can be frequently seen at the side of roads.

this is adorable. L/F

thanks Debra ,that was my intention when i did this series for my sister ,to make smile

Sharon, this is pure cuteness l/f

laughing right along with baby Molly

Congratulations! Your marvelous art has been featured on the Home Page of the ABC Group. This art has been selected from the ABC Group's K IS FOR KOOKY (Humorous) themed week. You are invited to add this wonderful art to the features archive discussions and in another discussion in ABC Group!

Thanks so much for the feature Pamela

What a fun painting!

Sharon this gave me a great big grin...so sweet and precious

This makes me smile!

Congratulations, Sharon, on your sale!

Well done on your sale Sharon.

congrats! Such a great series!!!!

congrats on your sale ♥