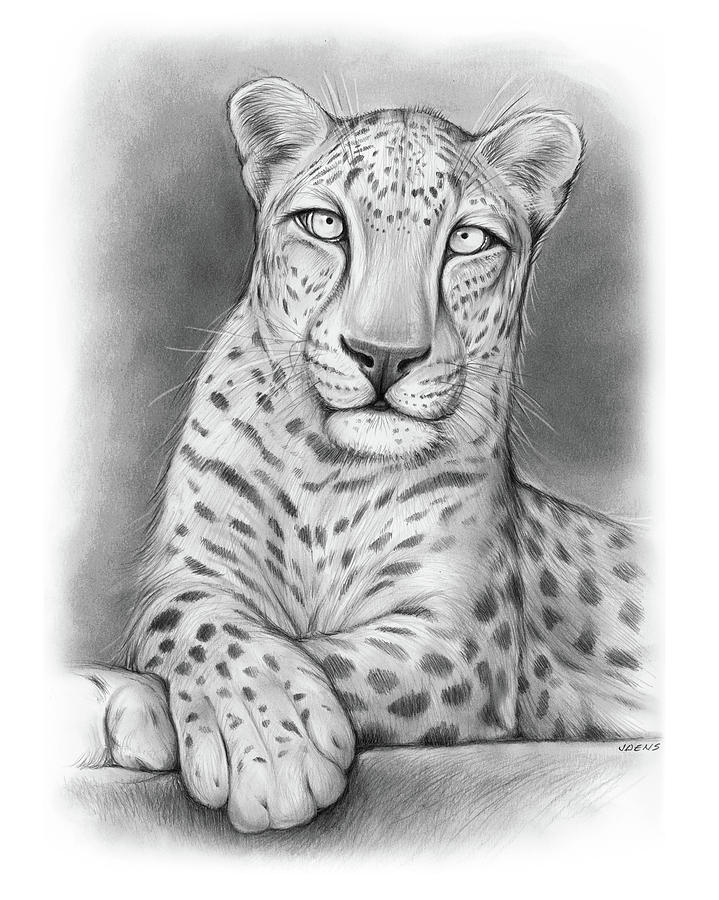 One of the rarest animals on earth, the critically endangered Arabian leopard is the smallest subspecies of leopard. Found in the Arabian
peninsula and part of Israel, their wild population is estimated at as few as 200 (reported in 2006). Saving this species requires a unified
approach to conservation and research. Lack of data is vital for effective conservation and has been a prohibitive factor until now... Big Cat
conservation and research group, Panthera have launched Camera CATalogue, an online, data analysis initiative involving the public directly
in their field work! To learn why identifying wildlife in camera trap photos is so important to their work, visit Panthera.org.
In tribute to the global alliances uniting countries in conservation, BE Journal asked portrait illustrator, Greg Joens to create a limited edition
artwork of the world’s smallest leopard. The original illustration is based on a photo by award-winning wildlife photographer, Nick Garbutt.
Visit GregJoens.com to purchase a print in support of Panthera, with proceeds directly benefiting their efforts on behalf of Big Cats!