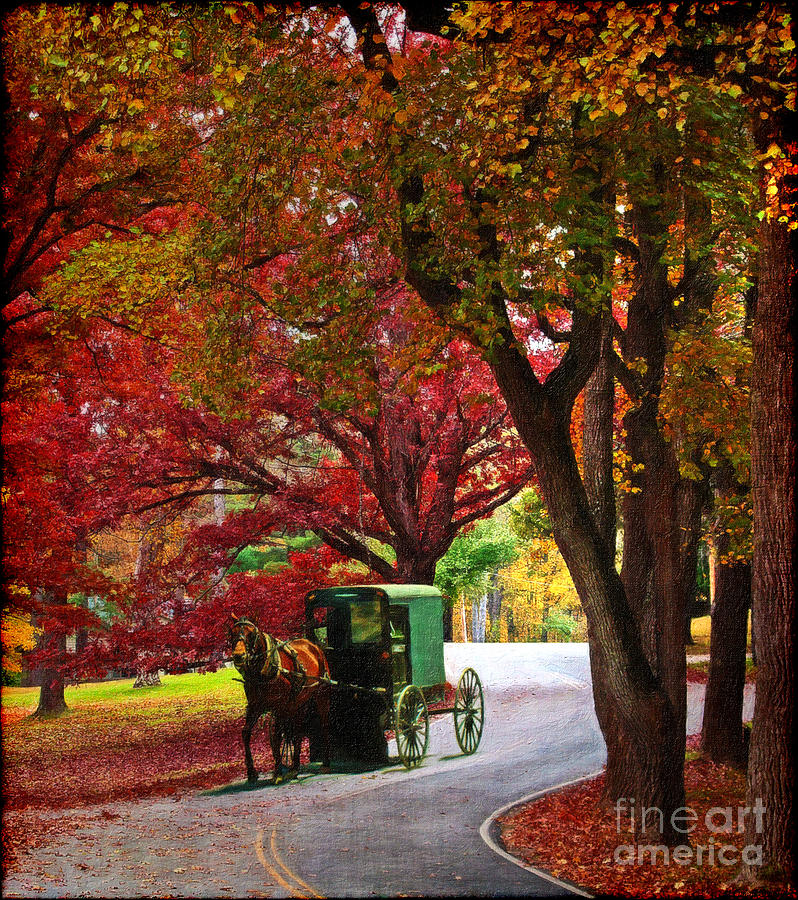 The Amish have their roots in the Mennonite community. Both were part of the early Anabaptist movement in Europe, which took place at the time of the Reformation. The Anabaptists believed that only adults who had confessed their faith should be baptized, and that they should remain separate from the larger society. Many early Anabaptists were put to death as heretics by both Catholics and Protestants, and many others fled to the mountains of Switzerland and southern Germany. Here began the Amish tradition of farming and holding worship services in homes rather than churches.

In 1536, a young Catholic priest from Holland named Menno Simons joined the Anabaptist movement. His writings and leadership united many of the Anabaptist groups, who were nicknamed "Mennonites." In 1693, a Swiss bishop named Jacob Amman broke from the Mennonite church. His followers were called the "Amish." Although the two groups have split several times, the Amish and Mennonite churches still share the same beliefs concerning baptism, non-resistance, and basic Bible doctrines. The Amish and Mennonites both settled in Pennsylvania as part of William Penn's "holy experiment" of religious tolerance. The first sizable group of Amish arrived in Lancaster County in the 1720s or 1730s.

There are actually three families, or Anabaptist-related groups, found in Lancaster County: the Amish, Mennonites and Brethren. All three groups share the Anabaptist belief that calls for making a conscious choice to accept God. (Accordingly, only adults are baptized.) The three groups also share the same basic values concerning the all-encompassing authority of the Bible, a philosophy of brotherhood and non-resistance and the importance of family and community.

The groups differ primarily in matters of dress, language, forms of worship and the extent to which they allow modern technology and the forces of the "outside world" to impact their lives. Most Brethren and Mennonites dress much like their "English" neighbors. Other Mennonites, Brethren and Amish Mennonites wear distinctive Amish clothing but may make use of "worldly" conveniences, such as cars, electricity and telephones. On the other hand, Old Order Mennonite and Old Order Amish groups are more restrictive in their views of modern technology, with the Old Order Amish being the most conservative of Lancaster County's "plain" groups.

There is no single governing body for the entire Old Order Amish population; rather, each church district decides for itself what it will and will not accept. However, all districts base their regulations on a literal interpretation of the Bible and an unwritten set of rules called the Ordnung. And the population as a whole stresses humility, family, community and separation from the modern world.

The Amish of various sects can be found in many states with significant populations in Western New York, Ohio and Indiana in particular.

The base image is one I took in Letchworth State Park, Castile, NY. Hand painted digitally.


All images and my personal poetry/prose are protected by copyright and may not be reproduced, downloaded, distributed, transmitted, copied, reproduced in derivative works, displayed, published or broadcast by any means or in any form without prior written consent from the artist. Copyright on works derived from or based on images in the public domain applies only to the subsequent manipulation or painting resulting from my changes. The original image remains in the public domain and such images are used with in accordance with international copyright laws

Congratulations on your win in the Amish Country contest!

congrats on your 1st place finish in the amish country contest!

What a wonderful image, Lianne. Love the composition and autumn colors. F/L/P/T

Wonderful work, congrats on your sale.

Congratulations on your $ale Lianne! :))

Congrats on your sale Lianne..wtg!!!

Congrats on your sale Lianne, L!

Beautiful Lianne! Congratulations on your sale!!!

Congratulations, Lianne, on your sale... F/L

Lianne, what a fabulous piece of art. So well done. Congratulations on you sale. A v/f.

Congrats Lianne on your sale!!!

Congrats on your sale, Lianne! The colors and subject make an awesome composition!!!! V

Congrats on your sale! This is a gorgeous image for Autumn.. The buyer has good taste Lianne! LF

Beautiful! Congrats on your sale, Lianne!! :)

This is wonderful work, Lianne! Congratulations on your sale! l/f

Congrats on your sale..

Beautiful! Congrats on your sale!!

Congratulations on your sale of this beautiful autumn scene, Lianne! F&V

including the (German Baptists) some of whom were both my friends and customers. Good people. People who never betray a trust.

Everett, your comments are always so meaningful and from the heart. It is a joy and a privilege to receive them and I cherish every one. Thank you so very much.

Such a wonderful image, Lianne!

This certainly has the awe factor for me. You are such a talent with your paintbrush and creating masterpieces, indeed. I thoroughly enjoyed reading your description, as well... as always.. an instant favorite :-))

Wonderfully quaint and colourful, Lianne! I love it! L

Such a beautiful image and story, Lianne. V/F

Greta again my deepest thanks for featuring this image in WHAT IS IN IT FOR YOU. I just feel so honored and so happy.

Thanks so much Kay!! How lovely of you!!

Stunning - transports the viewer to another place and time.

All your works have this fairy tale feeling to them dear Lianne and I wont be surprised to see them in a famous book soon! f/v/tw

Just so beautiful and perfect; love it; vf

Love the richness of the color. Eva