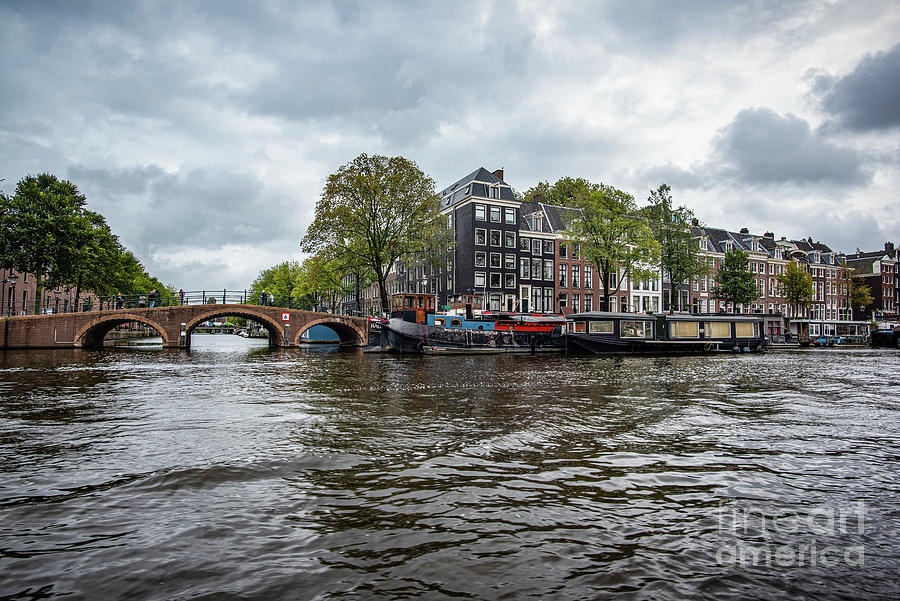 On a recent trip to Italy, my husband and I decided to fly to Amsterdam for the day, then off to Milan. I was not keen on the idea, because I had this mental picture of Amsterdam in my mind. Boy was I surprised! The canals, the architecture, the history, all was overwhelming! Definitely on our list to go back and explore this lovely city in more depth!
Amsterdam is the most populated city in the Netherlands. The official language is Dutch but of course everyone speaks English so there is no problem with communicating. Amsterdam is in the Providence of North Holland and is often referred to as the "Venice of the North" due to the number of canals, 165 ranging about 31 miles long. The four main canals are the Herengracht, Prinsengracht, Keizersgracht & Singel. Amsterdam has 1281 bridges. The Amstel River connects with some of the canals and ends in the center of the city. Because Amsterdam sits 6.6 feet below sea level, the city was prone to flooding. The canals were built to control the water flow.
The streets of Amsterdam are very narrow and crowded. The popular mode of transportation is a bike. The combination of bikes, cars, buses, and pedestrians makes getting around the city a little nerve wracking!! I could go on about this lovely city but my words would not do it justice. Definitely a wonderful place to visit!
The houseboats that line the canals have some interesting history. Some are close to 100 years old. If interested, you can rent a houseboat during your stay in Amsterdam to get the experience of living on the water.

Lovely capture, and the sky adds a great moody component!