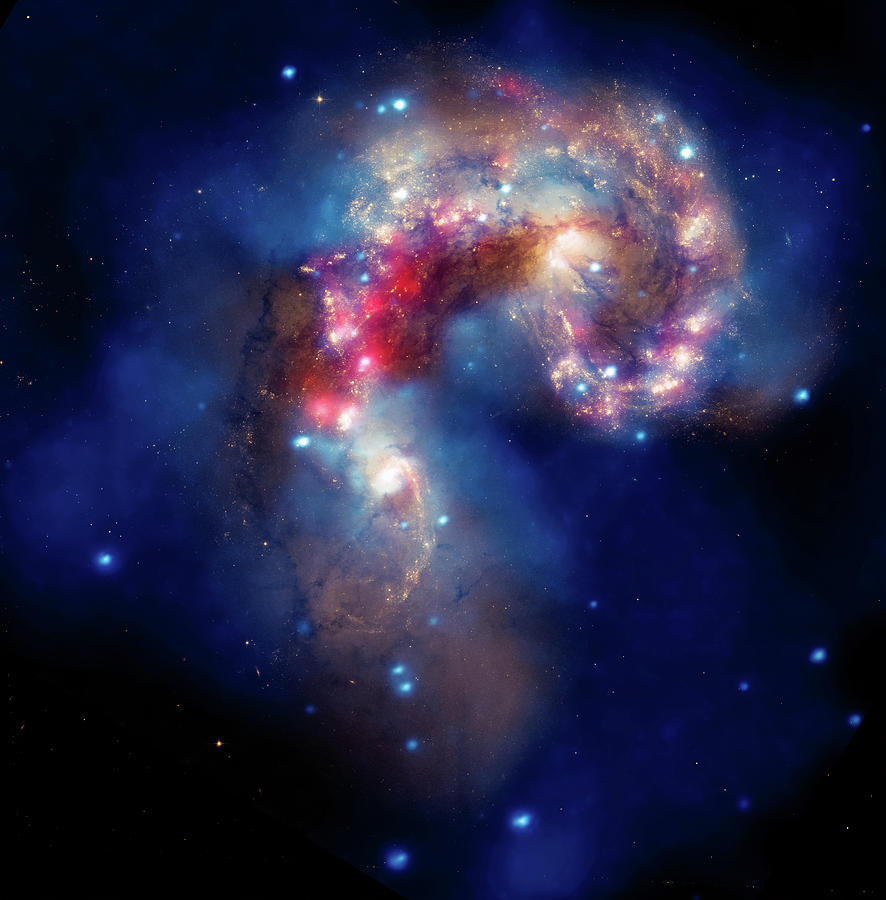 About this image: A beautiful image of two colliding galaxies. The Antennae galaxies, located about 62 million light-years from Earth, take their name from the long antenna-like "arms," seen in wide-angle views of the system. These features were produced by tidal forces generated in the collision. The collision began more than 100 million years ago and is still occurring.

Follow me on Facebook to get updates on my latest work, special promotions and much more! Marco Oliveira Photography: http://on.fb.me/1tnBHal