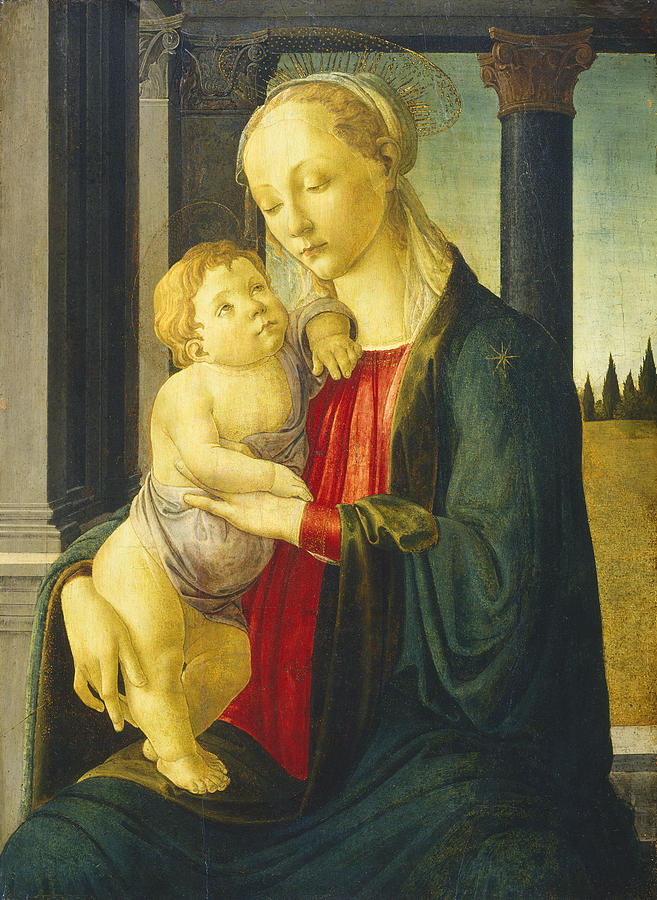 Sandro Botticelli Madonna And Child
Alessandro di Mariano di Vanni Filipepi, known as Sandro Botticelli, was an Italian painter of the Early Renaissance. He belonged to the Florentine School under the patronage of Lorenzo de' Medici, a movement that Giorgio Vasari would characterize less than a hundred years later in his Vita of Botticellias as a "golden age". Botticelli's posthumous reputation suffered until the late 19th century; since then his work has been seen to represent the linear grace of Early Renaissance painting.
Among Botticelli's best known works are The Birth of Venus and Primavera.