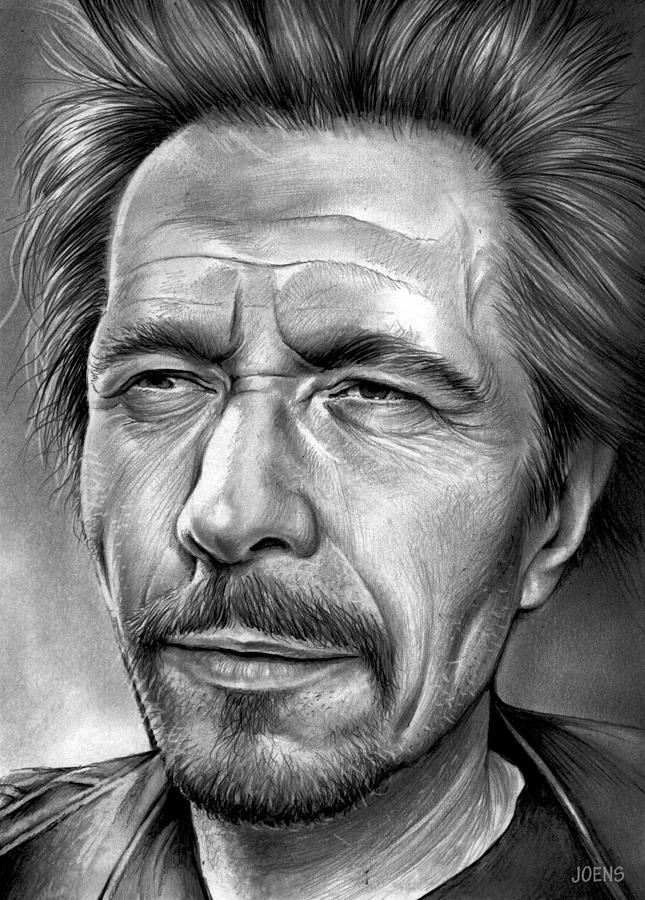 Gary Leonard Oldman (born 21 March 1958) is an English actor, filmmaker, and musician. He began acting in theatre in 1979, and gained his first starring film role in Meantime (1983). Oldman continued to lead a stage career, in which he performed at the Royal Court Theatre and was a member of the Royal Shakespeare Company until the late 1980s. He rose to prominence in British film with his portrayals of Sid Vicious in Sid and Nancy (1986) and playwright Joe Orton in Prick Up Your Ears (1987), as well as those of a football firm leader in The Firm (1989) and the titular Rosencrantz in Rosencrantz & Guildenstern Are Dead (1990).

Oldman went on to achieve international renown as an Irish American gangster in State of Grace (1990), Lee Harvey Oswald in JFK (1991), and Count Dracula in Bram Stoker's Dracula (1992). Emerging as a popular portrayer of villains, he starred as corrupt DEA agent Norman Stansfield in L�on: The Professional (1994), as well as the antagonists of films such as True Romance (1993), The Fifth Element (1997), Air Force One (1997), and The Contender (2000); Oldman meanwhile played Ludwig van Beethoven in Immortal Beloved (1994). In the 21st century, he is known for his roles as Sirius Black in the Harry Potter series, James Gordon in The Dark Knight Trilogy, George Smiley in Tinker Tailor Soldier Spy (2011), and human leader Dreyfus in Dawn of the Planet of the Apes (2014). Oldman also voiced the antagonist Lord Shen in Kung Fu Panda 2 (2011).

Renowned for his "big" acting style and on-screen diversity, Oldman has been cited as the best British actor of his generation.[4] As of 2015, films in which he has starred have grossed over $4 billion in the US, and over $10.6 billion worldwide. Outside of acting in film, Oldman wrote and directed Nil by Mouth (1997), guested in the Friends two-part episode "The One with Monica and Chandler's Wedding" (2001), featured in music videos by artists including David Bowie and Guns N' Roses, and provided the voice of Viktor Reznov in the Call of Duty video game series. Among other honours, he has won two BAFTA Awards and a Saturn Award, and has received nominations for Academy, Emmy, and Screen Actors Guild Awards, as well as the Palme d'Or.