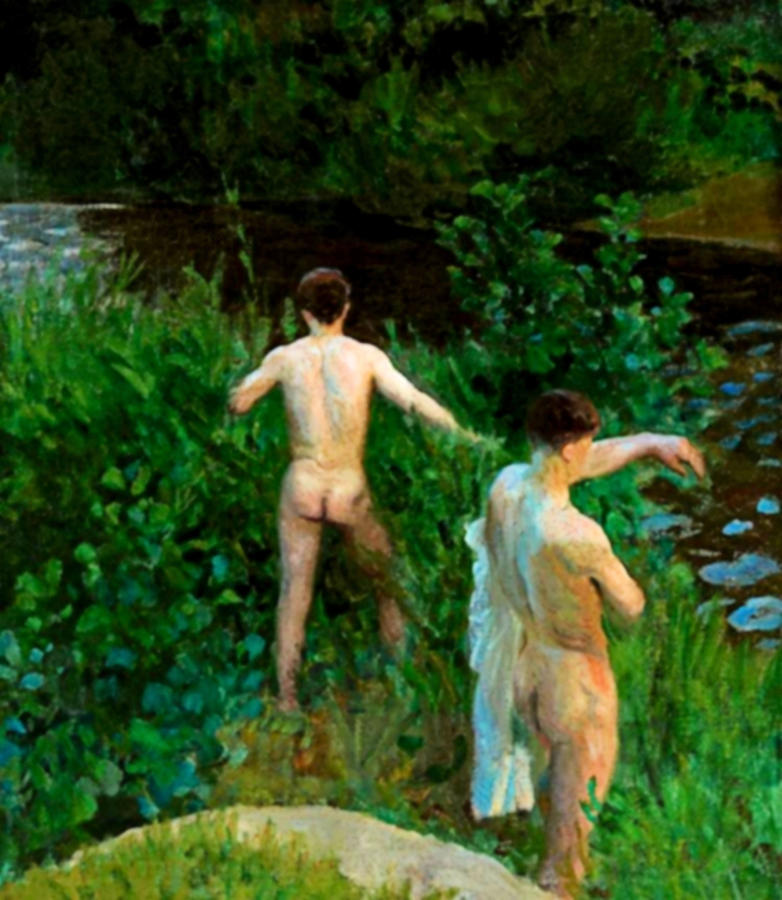 A reproduction of "Evening Bathing" by Károly Ferenczy of 1906. He was born in 1862 Vienna and was one of the leading artists of the Nagybánya school of painting. Studying law and economics, he began to deal with painting at the Académie Julian in Paris. In 1889, he moved back to Hungary and between 1893 and 1896 he lived in Munich with his family: There he joined the circle of Simon Hollósy: with whom he moved to Nagybánya in 1896 and became the leading painter of the artist colony. After 1906 he moved to Budapest and became the professor of the College of Fine Arts. He died there in 1917. This masterpiece is in a private collection. This masterpiece is an oil on canvas and measures 110 by 94 centimeters. It is in a private collection.