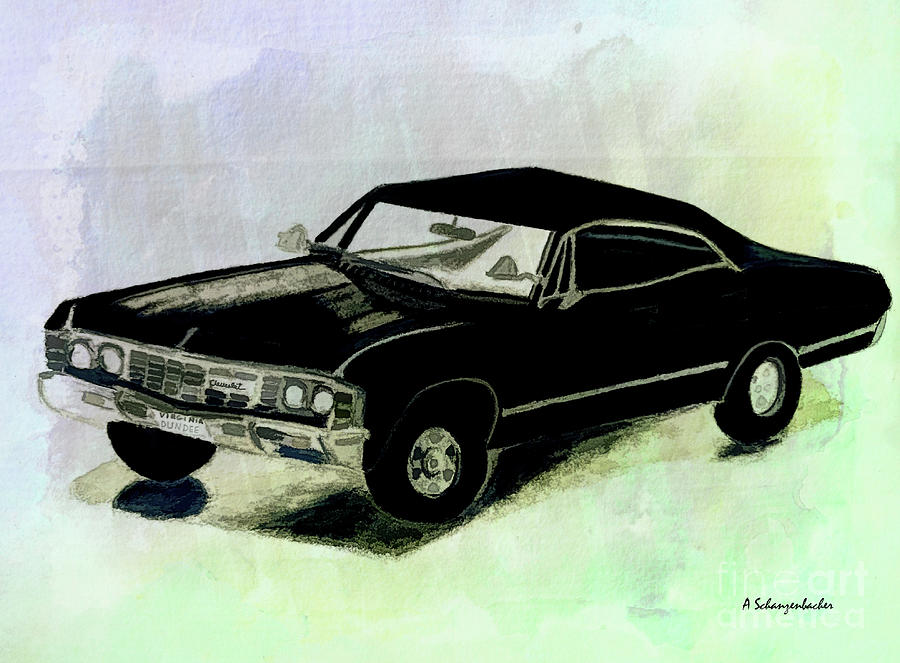 This art piece is completed in color pencil then digitally enhanced with a watercolor overlay. This vintage vehicle was drawn to give as a gift and I thought I would digitize it.

The Chevrolet Impala is a full-size car built by Chevrolet for model years 1958 to 1985, 1994 to 1996, and 2000 until 2020. The Impala was Chevrolet's popular flagship passenger car and was among the better selling American-made automobiles in the United States.

In 2000, the Impala was re-introduced again as a mainstream front-wheel drive car.[6] As of February 2014, the 2014 Impala ranked No. 1 among Affordable Large Cars in U.S. News & World Report's rankings.[7] When the tenth generation of the Impala was introduced for the 2014 model year, the ninth generation was rebadged as the Impala Limited and sold only to fleet customers through 2016. During that time both versions were sold in the United States and Canada. The tenth-generation Impala was also sold in the Middle East, and South Korea. (Wikipedia)