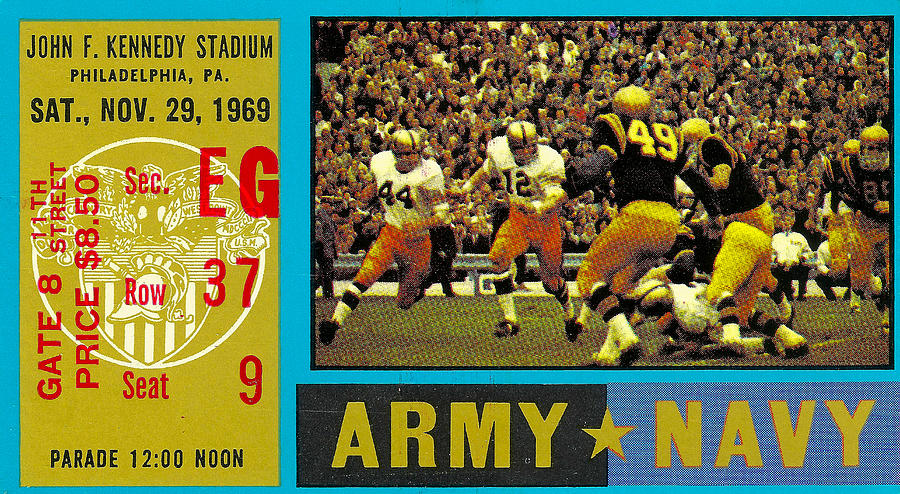 The new power-I offense installed by Army coach Tom Cahill overwhelmed the Navy defense in the 1969 matchup. Tailback Lynn Moore carried the football 40 times for 206 yards as the Cadets rolled over the Midshipmen, 27-0. While the Army offense was certainly productive, the efforts of the Cadet defense did not go unnoticed. Navy appeared to be on its way to a touchdown just before halftime, but John Bremner picked off quarterback Mike McNallen's pass at the Army 23-yard line. Finally, Navy was inside the Army one-yard line late in the fourth quarter, but a dramatic goal-line stand preserved Army's first series shutout in 20 years.

Thank you, Lainie and Bob!

I remember this game! This will make a great sports wall hanging. V/F

Perfect timing on this with the game soon approaching:)