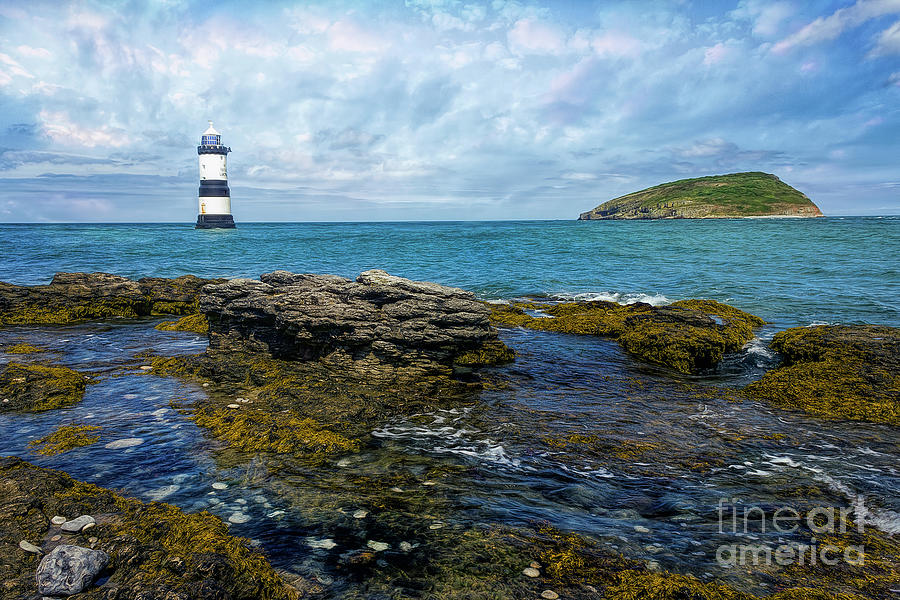 The Penmon lighthouse also known as Trwyn Du Lighthouse was one of the later lighthouses to be constructed in this area, and was, like many, built after a major loss of life nearby. It marks some rocks that are on the end of land going out towards Puffin Island, but also marks the north entrance to the Menai Straits.

Coastal shipping making the passage up or down the western seaboard goes around the island of Anglesey, off the coast of North Wales, and as a consequence of its position, in a busy seaway, has several major lights. Skerries Lighthouse was built first, followed a century later by South Stack Lighthouse and Point Lynas Lighthouse.

Penmon lighthouse was built following a major loss of life, on 17 August 1831, when an old steamer, 'The Rothsay Castle', ran aground and broke up on or near Puffin Island.

Such a great view!

The colors are phenomenal...

Excellent Ian, and an interesting description.