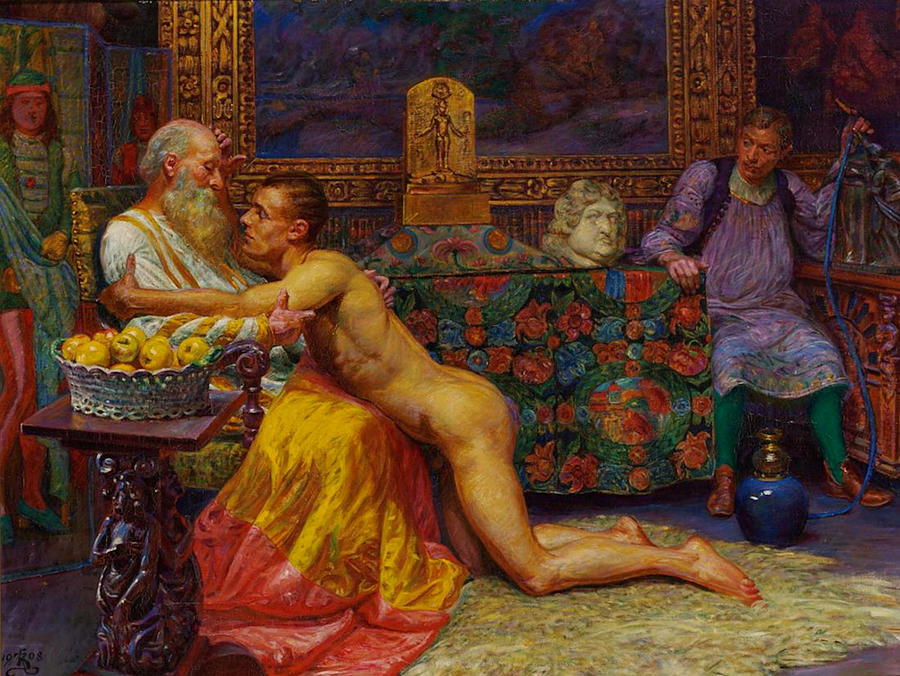 This is a reproduction of “The Prodigal Son” of 1909 by Kristian Zahrtmann. He was sixty-six years old when he painted this masterpiece having been born in Ronne, Denmark. He began studying drawing in Copenhagen in 1863 when he was twenty years old. The next year he began his studies at the Danish Royal Academy of Art and in 1869 began exhibiting. He won a reputation as an historical painter and studied in Italy for three years ending in 1878. He began to engage in the movement protesting the strictures of Academic painting in 1885, but nonetheless secured the Academy’s gold medal in 1887. In his later years he began to create portraits and starting in 1906 began to produce works of male nudes which fed rumors of the artist’s homosexuality. He died of appendicitis in 1917 leaving many students and a lasting legacy within Scandinavian and European art. The original painting depicts the return of the prodigal son as told in one of Jesus’ stories in the Gospels. It is an oil on canvas measuring 63 by 84 centimeters. It is currently in a private collection.