Head Of A Woman 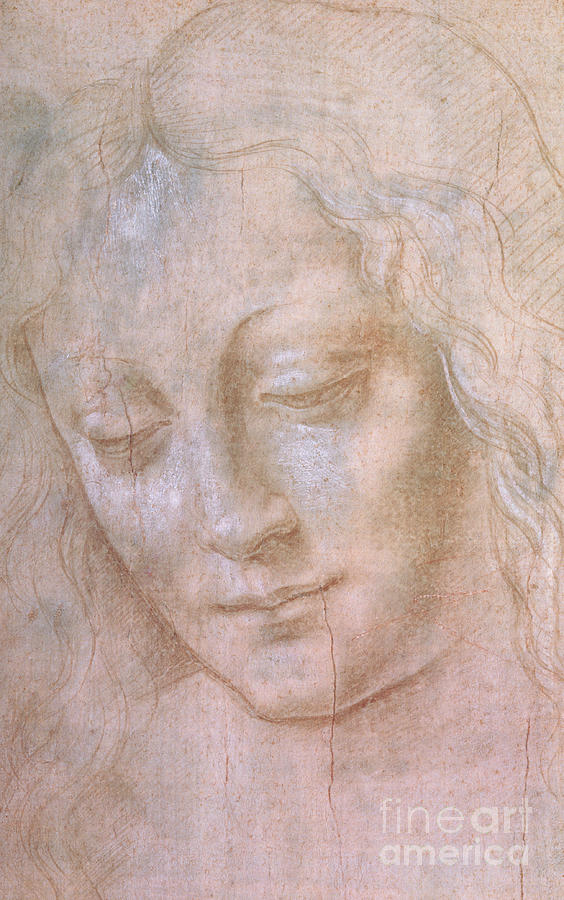 Head Of A Woman

Leonardo Da Vinci Head of a Woman
The Head of a Woman (also known as La Scapigliata) is a painting by the Italian Renaissance master Leonardo da Vinci, dating from perhaps around 1500 and housed in the Galleria Nazionale di Parma, Italy.
The work is an finished painting, mentioned for the first time in the House of Gonzaga collection in 1627. It is perhaps the same work that Ippolito Calandra, in 1531, suggested to hang in the bedroom of Margaret Paleologa, wife of Federico II Gonzaga. In 1501, the marquesses wrote to Pietro Novellara asking if Leonardo could paint a Madonna for her private studiolo.
The painting, part of the Parmesan collection since 1839, has been dated to Leonardo's mature period, near to the Virgin of the Rocks or The Virgin and Child with St Anne and St John the Baptist.