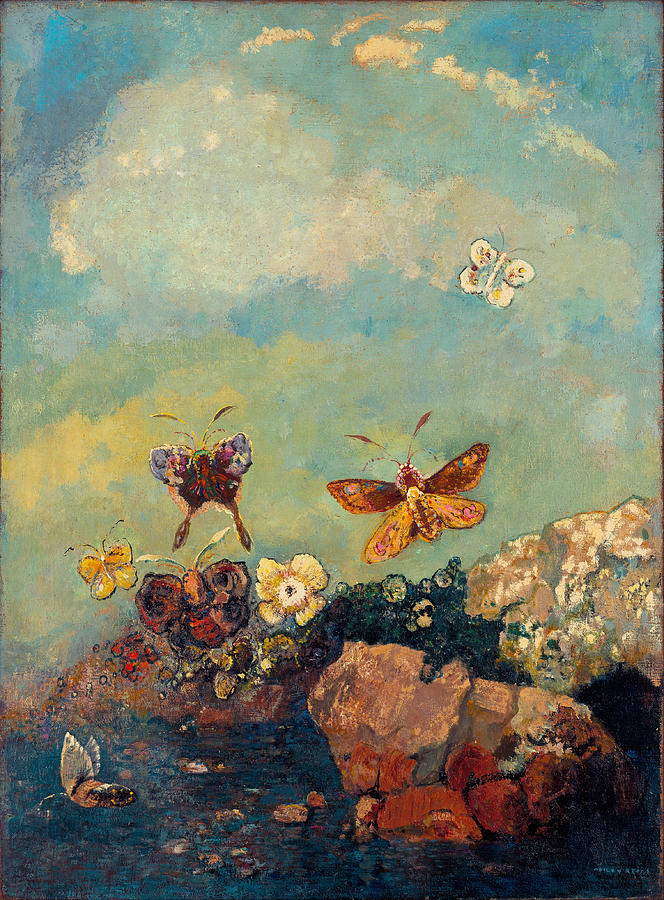 Odilon Redon Butterflies
Odilon Redon was a French symbolist painter, printmaker, draughtsman and pastellist.
Redon's work represents an exploration of his internal feelings and psyche. He himself wanted to "place the visible at the service of the invisible"; thus, although his work seems filled with strange beings and grotesque dichotomies, his aim was to represent pictorially the ghosts of his own mind.A telling source of Redon's inspiration and the forces behind his works can be found in his journal A Soi-meme (To Myself). His process was explained best by himself when he said:

"I have often, as an exercise and as a sustenance, painted before an object down to the smallest accidents of its visual appearance; but the day left me sad and with an unsatiated thirst. The next day I let the other source run, that of imagination, through the recollection of the forms and I was then reassured and appeased."
Redon also describes his work as ambiguous and undefinable:
"My drawings inspire, and are not to be defined. They place us, as does music, in the ambiguous realm of the undetermined."