Garry has worked in Northern California as a professional photographer for over 37 years. He began his career in Marin County as a studio photographer before becoming an advertising photographer in San Francisco. He has been shooting stock for the Image Bank, now Getty Images, for over 28 years. He is currently represented world wide by nine stock photo agencies.

His award winning fine art photos have been widely shown and juried into fine art shows.

Garry also shoots assignment work. His commercial work includes magazine, book, CD, and album covers, posters, greeting cards, and other print publications, including work for the wine and high tech industries. He enjoys creating and styling sets in the studio and is an avid collector of props and unusual objects. Garry's studio is in Santa Rosa, 60 miles north of San Francisco in Sonoma County.

Garry Gay is also an award-winning and internationally published writer of Haiku poetry. His on-line book, The Long Way Home, combines his poetry and photographic images.

All my photographs on FAA are copyright protected and may not be reproduced, copied, or used for any purpose without my express consent. 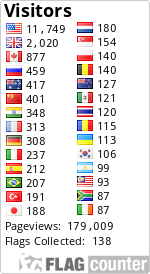