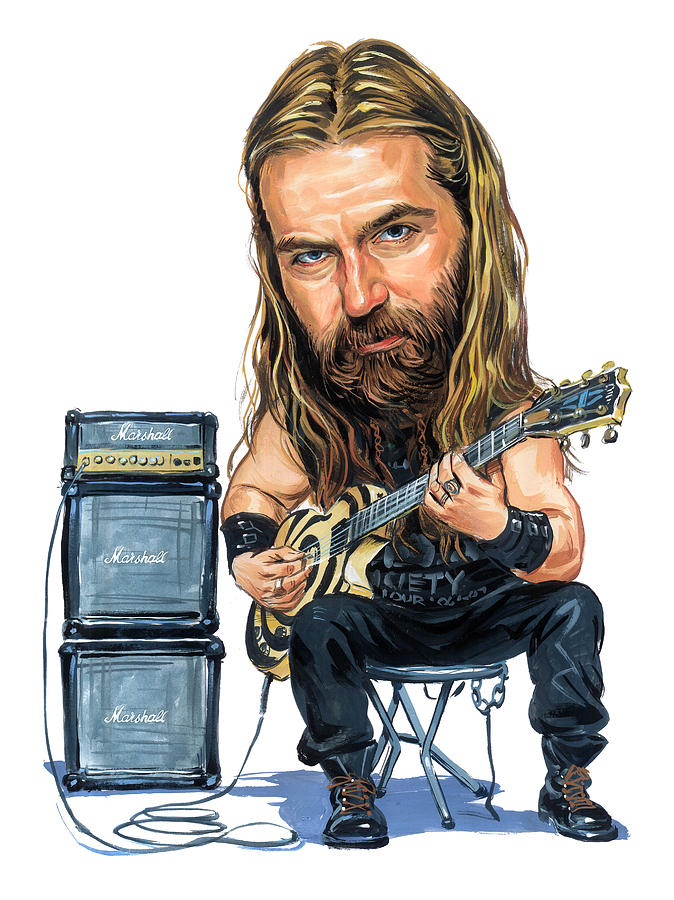 Zachary Phillip "Zakk" Wylde (born Jeffrey Phillip Wielandt, January 14, 1967), is an American musician, songwriter, multi-instrumentalist and occasional actor who is best known as the former guitarist for Ozzy Osbourne and founder of the heavy metal band Black Label Society. His signature bulls-eye design appears on many of his guitars and is widely recognized. He was the lead guitarist and vocalist in Pride & Glory, who released one self-titled album in 1994 before disbanding. As a solo artist he released Book of Shadows in 1996. Source: Wikipedia.org

Congratulations on your well deserved sale!

Art provides an opportunity for kaleidoscopic thinking. Each time we shift the lens of our perceptions, we gain new perspectives — and new opportunities for innovation. CONGRATULATIONS ON YOUR RECENT SALE OF AN WONDERFUL WORK!

Beautiful work of art.. Congratulations on your recent sale!

Congratulations on your sale! :-)

Congratulations on your sale! :)