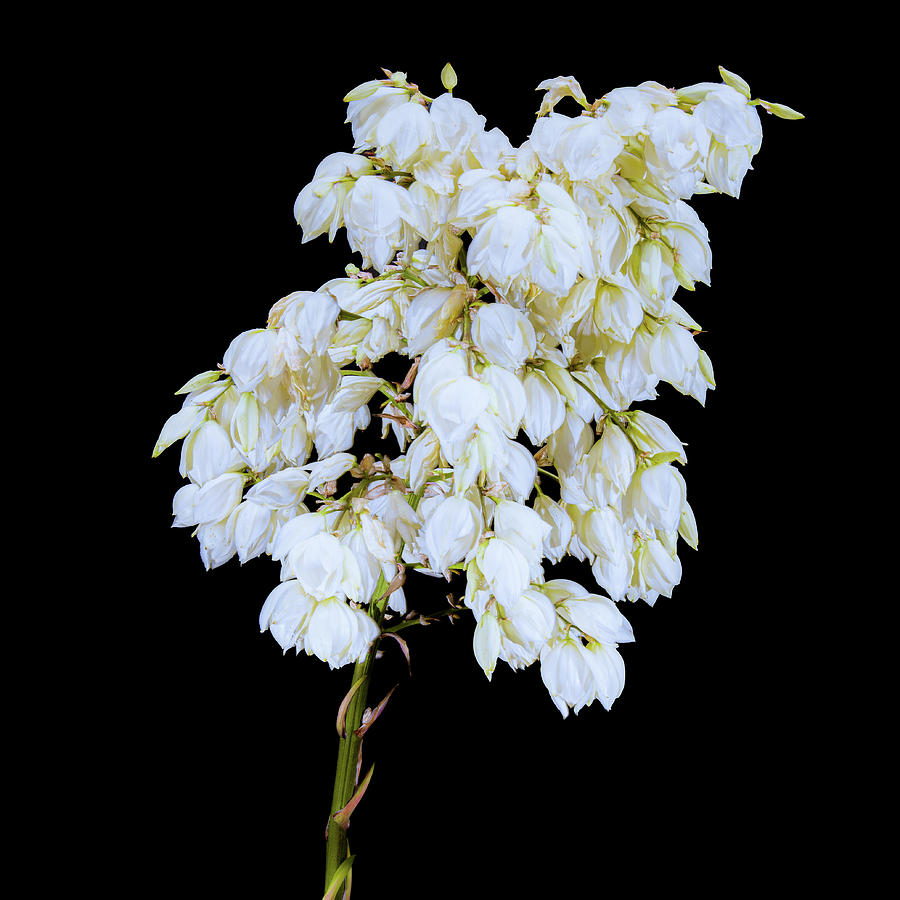 We have 3 yuccas in a bed alongside our old house that are very special to me. In 2008 someone very near and dear to me left this Earth unexpectedly and I transplanted them from his home to mine. I couldn't begin to tell you which of the many varieties of yucca these are but when they bloom, like most yucca I've seen bloom, they do so in impressive fashion, shooting a stalk up about 5 feet in about 6 weeks time. Two of them bloom in unison every other year and this one is the contrarian in the bunch blooming by itself in the years the others don't. I've always wanted a decent photo of the blooms and I finally got around to shooting them with something other than my phone. Since the side of my house isn't very photogenic, I had my photo assistant/son James Lee hold up some black velvet fabric behind them as I took several exposures walking around firing a flash unit from various angles and blended the exposures in post production. Because there was small movement between the frames a bit of motion blur was created softening the image and giving it a bit of a "painterly" effect. I rather like the result.

wow wow wow this is so wonderfully beautiful. Lovely piece of work.

Thank you very much, Wayne!

Such a beautiful looking flower!

This is a gorgeous floral piece