You Will Do As I Say 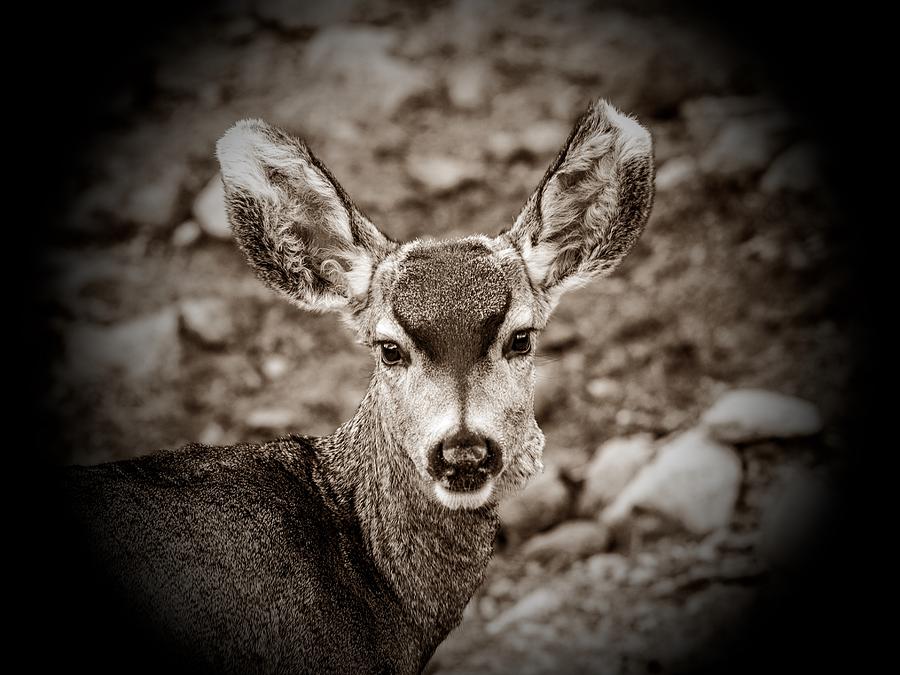 You Will Do As I Say

You will do as I say! Look into my eyes! Can you tell me no? This mule deer fawn buck seems to be begging you to give him a treat by just using his eyes. His large ears have one tip that bends or flops.
Photo was taken in the Davis mountains of west Texas in Jeff Davis County in 2014.

The following is from : http://www.muledeer.org/hunting/mule-deer-facts

"Where do mule deer live?

Mule deer and black-tailed deer (collectively called mule deer, Odocoileus hemionus) are icons of the American West. They are distributed throughout western North America from the coastal islands of Alaska, down the West Coast to southern Baja Mexico and from the northern border of the Mexican state of Zacatecas, up through the Great Plains to the Canadian provinces of Saskatchewan, Alberta, British Columbia and the southern Yukon Territory.

What do mule deer eat?

Mule deer are primarily browsers, with a majority of their diet comprised of forbs (weeds) and browse (leaves and twigs of woody shrubs).

Deer digestive tracts differ from cattle and elk in that they have a smaller rumen in relation to their body size, so they must be more selective in their feeding. Instead of eating large quantities of low-quality feed like grass, deer must select the most nutritious plants and parts of plants.

Because of this, deer have more specific forage requirements than larger ruminants.

Mule deer are generally easy to identify due to their large mule-like ears (generally 3/4 the length of the head).

They usually have a distinctive black forehead, or mask, that contrasts sharply with a light grey face. The lighter facial coloration makes the eye rings and muzzle markings seem less obvious.

Mule deer are brownish-gray in color, have a white rump patch and a small white tail with a black tip.

How long do mule deer live?

Mule deer usually live 9-11 years in the wild and can live to be much older when in captivity.

How big are mule deer?

Do mule deer have good vision?

Because the eyes of mule deer are located on the sides of their heads, they can see a 310 degree view around themselves. They have better nighttime vision than humans, but less accurate daytime and color vision.

Mule deer can detect slight predator movement up to 600 meters away, but they are not very good at detecting motionless forms.

Do mule deer have a good sense of smell?

What are the differences between mule deer antlers and those of a white-tailed deer?

Mule Deer Mature mule deer bucks have antlers with main beams that sweep outward and upward, forking once and then forking again. Brow tines are not always present. Mature bucks typically have eight to 10 total points (including brow tines that exceed one inch). These bucks are considered 4-point bucks (the number of points on one side of the rack excluding the brow tines).

What do mule deer do when alarmed?

Both species may stop and look back at the source of potential danger, but this behavior is more typical of mule deer."

Amazing ! A vote in the contest and L,F