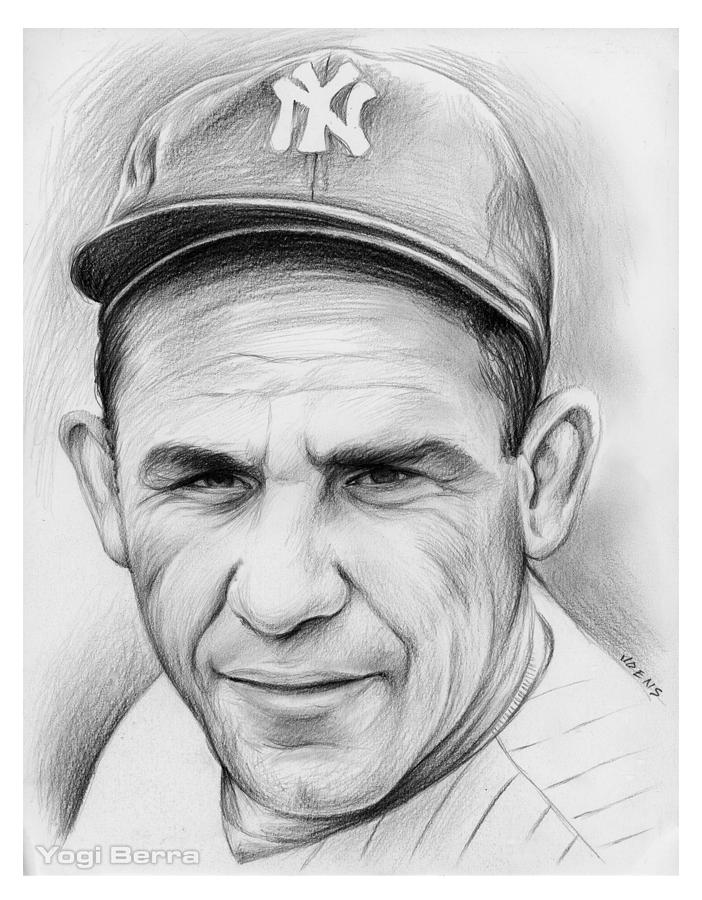 was an American professional baseball catcher, manager, and coach who played 19 seasons in Major League Baseball (MLB) (1946–63, 1965), all but the last for the New York Yankees. An 18-time All-Star and 10-time World Series champion as a player, Berra had a career batting average of .285, while compiling 358 home runs and 1,430 runs batted in. He is one of only five players to win the American League Most Valuable Player Award three times. Widely regarded as one of the greatest catchers in baseball history,Berra was elected to the Baseball Hall of Fame in 1972.

A native of St. Louis, Berra signed with the Yankees in 1943 before serving in the U.S. Navy in World War II. Making his major-league debut in 1946, he was a mainstay in the Yankees' lineup during the team's championship years in the 1940s and 1950s. Despite his short stature, Berra was a power hitter and strong defensive catcher. Berra caught Don Larsen's perfect game in the 1956 World Series, the only perfect game in MLB postseason history. After playing 18 seasons with the Yankees, Berra retired following the 1963 season. He spent one season as their manager, then joined the New York Mets in 1965 as coach (and briefly a player again). Berra remained with the Mets for the next decade, the latter four years of which were spent as their manager. Berra returned to the Yankees in 1976, coaching them for eight seasons and managing for two, before coaching the Houston Astros. He was one of seven managers to lead both American and National League teams to the World Series. As a player, coach, or manager, Berra appeared in 21 World Series and won 13 of them.

The Yankees retired his uniform number 8 in 1972 and honored him with a plaque in Monument Park in 1988. Berra was named to the MLB All-Century Team in a vote by fans in 1999. For the remainder of his life, he was closely involved with the Yogi Berra Museum and Learning Center, which he opened on the campus of Montclair State University in 1998. Berra, who quit school after the eighth grade, was also known for his malapropisms as well as pithy and paradoxical quotes, such as "It ain't over 'til it's over", while speaking to reporters. Simultaneously denying and confirming his reputation, Berra once stated, "I really didn't say everything I said."