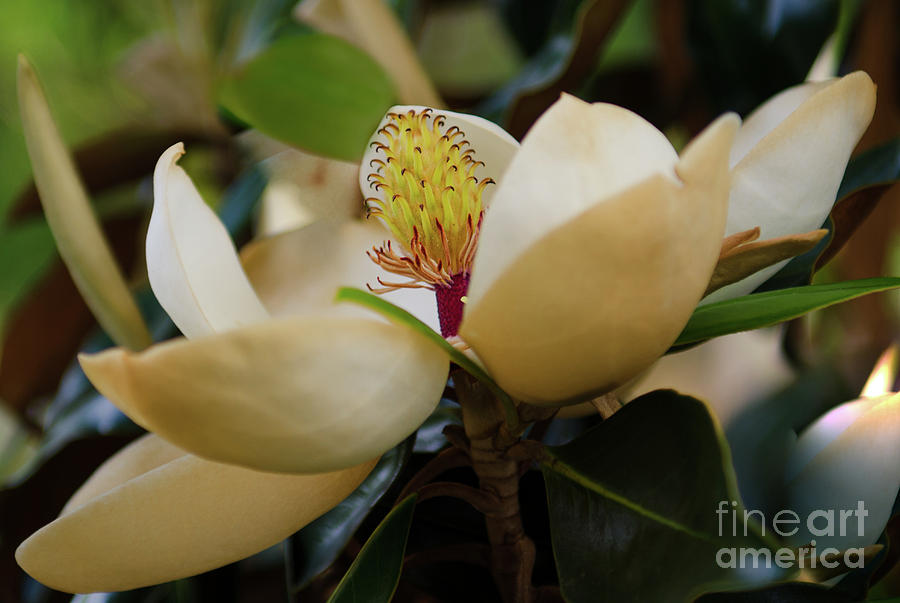 Waxy Sweetness of the Magnolia remain the scent of the South

Magnolia is a large genus of about 210 flowering plant species in the subfamily Magnolioideae of the family Magnoliaceae. It is named after French botanist Pierre Magnol.

Magnolia is an ancient genus. Appearing before bees did, the flowers are theorized to have evolved to encourage pollination by beetles. To avoid damage from pollinating beetles, the carpels of Magnolia flowers are extremely tough.Fossilised specimens of M. acuminata have been found dating to 20 million years ago, and of plants identifiably belonging to the Magnoliaceae date to 95 million years ago.[2] Another aspect of Magnolia considered to represent an ancestral state is that the flower bud is enclosed in a bract rather than in sepals; the perianth parts are undifferentiated and called tepals rather than distinct sepals and petals. Magnolia shares the tepal characteristic with several other flowering plants near the base of the flowering plant lineage such as Amborella and Nymphaea (as well as with many more recently derived plants such as Lilium).

The natural range of Magnolia species is a disjunct distribution, with a main centre in east and southeast Asia and a secondary centre in eastern North America, Central America, the West Indies, and some species in South America.