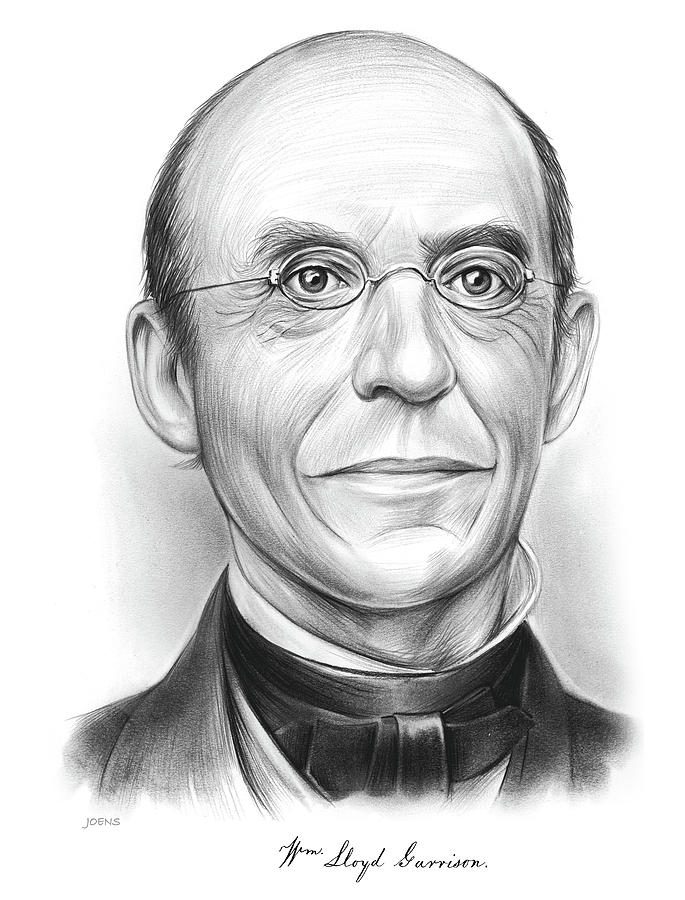 William Lloyd Garrison (December 10, 1805 – May 24, 1879), who signed and printed his name Wm. Lloyd Garrison, was a prominent American abolitionist, journalist, suffragist, and social reformer. He is best known for his widely-read anti-slavery newspaper The Liberator, which he founded in 1831 and published in Boston until slavery in the United States was abolished by Constitutional amendment in 1865. He was one of the founders of the American Anti-Slavery Society, and promoted immediate and uncompensated, as opposed to gradual and compensated, emancipation of slaves in the United States.

"The source of Garrison's power was the Bible. From his earliest days, he read the Bible constantly and prayed constantly. It was with this fire that he started his conflagration. ...So also, a prejudice against all fixed forms of worship, against the authority of human government, against every binding of the spirit into conformity with human law, — all these things grew up in Garrison's mind out of his Bible reading."[1]:164, 166

Garrison was not an abolitionist who became a publisher, but a printer who became an abolitionist. Garrison was a typesetter and could run a printing shop; he wrote his editorials in The Liberator while setting them in type, without writing them out first on paper.[1]:57 This helped assure the viability of The Liberator, and also that it contained exactly what Garrison wanted, as he did not have to deal with any outsiders to produce his paper, except his partner Isaac Knapp, with whom he eventually had a falling-out. Like the other major abolitionist printer-publisher, the martyred Elijah Lovejoy, a price was on his head; he was burned in effigy and a gallows was erected in front of his Boston office. While he was relatively safe in Boston, at one point he had to be smuggled onto a ship to escape to England, where he remained for a year.

From the day Garrison established the Liberator he was the strongest man in America. He was affected in his thought by no one. What he was thinking, all men were destined to think. ...His power of arousing uncontrollable disgust was a gift, like magic; and he seems to sail upon it as a demon upon the wind. Not Andrew Jackson, nor John Quincy Adams, nor Webster, nor Clay, nor Benton, nor Calhoun, who dance like shadows about his machine, but William Lloyd Garrison becomes the central figure in American life. ...He vitalized and permanently changed this nation as much as one man ever did the same for any nation in the history of the world.[1]:6–8

Garrison also emerged as a leading advocate of women's rights, which prompted a split in the abolitionist community. In the 1870s, Garrison became a prominent voice for the women's suffrage movement.