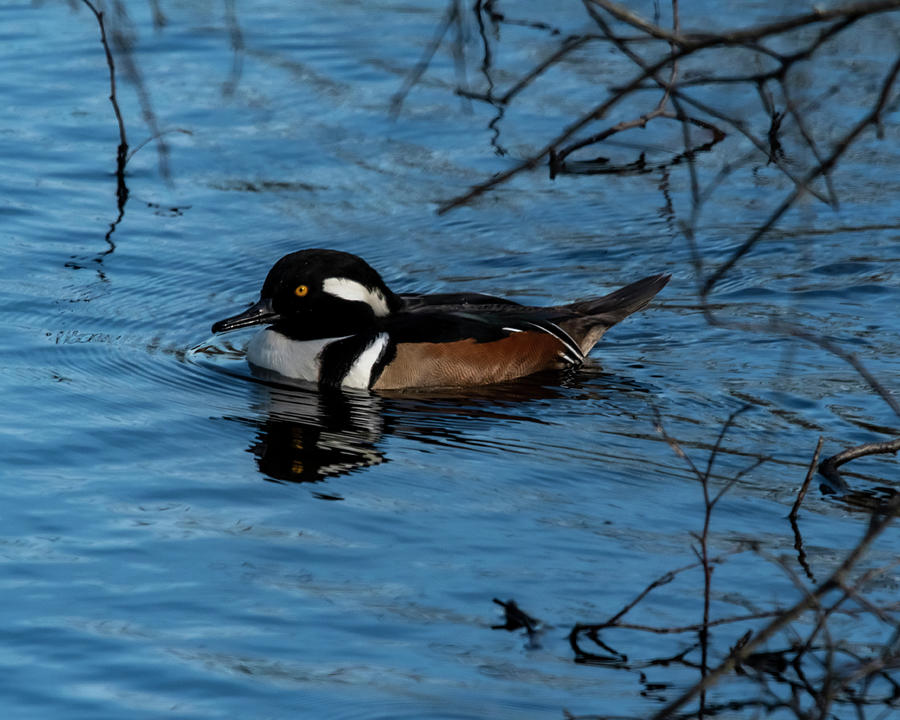 The hooded merganser (Lophodytes cucullatus) is a species of merganser. It is the only extant species in the genus Lophodytes. The genus name derives from the Greek language: lophos meaning 'crest', and dutes meaning 'diver'.[2] The bird is striking in appearance; both sexes have crests that they can raise or lower, and the breeding plumage of the male is handsomely patterned and coloured. The hooded merganser has a sawbill but is not classified as a typical merganser.

Hooded mergansers are the second smallest species of merganser, with only the smew of Europe and Asia being smaller, and it also is the only merganser whose native habitat is restricted to North America.

A species of fossil merganser from the Late Pleistocene of Vero Beach, Florida, was described as Querquedula floridana (a genus now included in Anas), but upon reexamination turned out to be a species closely related to the hooded merganser; it is now named Lophodytes floridanus, but the exact relationship between this bird and the modern species is unknown.

Congratulations, your work is Featured in "A Birding Group - Wings" I invite you to place it in the group's "2020-2021 Featured Image Archive" Discussion!! L/Tweet