Window Into The Past - Bare's Mill 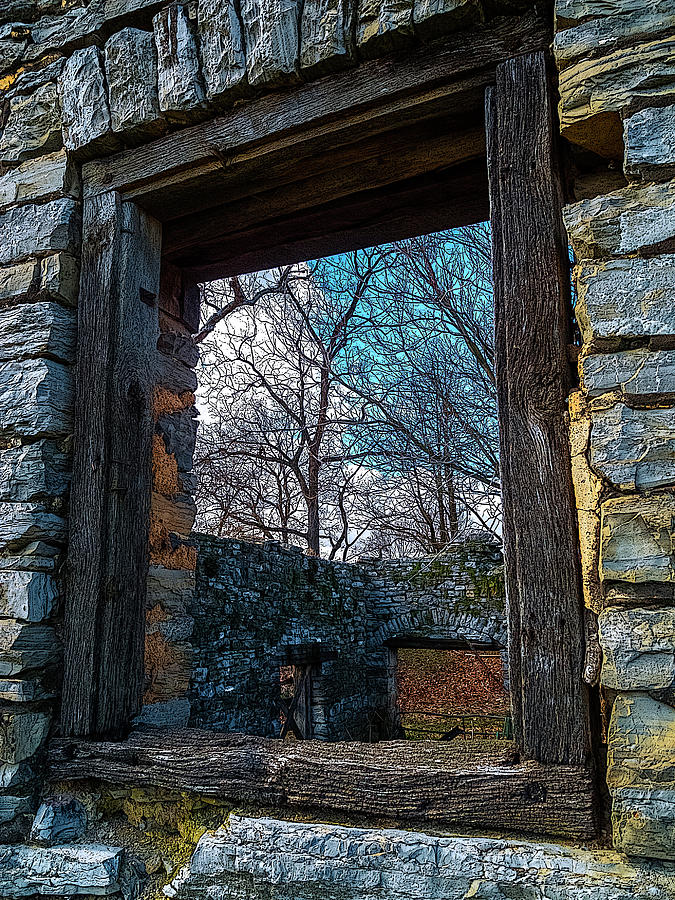 Window Into The Past - Bare's Mill

Bare House and Mill is a historic home and grist mill ruins located at Stuarts Draft, Augusta County, Virginia. The house was built about 1857, and is a two-story, three bay brick dwelling with Greek Revival and Italianate style design influences. It has a metal-sheathed hipped roof one-story entry porches on the front and rear. Also on the property are a contributing wellhouse and meathouse (c. 1860), barn (c. 1900, 1998), privy, cistern, and pumphouse. The ruins of the Bare Mill and related mill race and piers are also located on the property. The two-story, stone grist mill was built about 1800, and may have shut down after the floods of September 1870.[3]


The Bare House and Mill stand on the banks of the South River, a branch of the Shenandoah
River, near the town of Stuarts Draft in southeast Augusta County, Virginia. The house is a ca.
1857 two-story
brick dwelling that shows Greek Revival and Italianate design influences. It
measures approximately forty-five feet by thirty-five feet in plan and
has a metal-sheathed hip
roof. The three-bay front
(east) and rear facades have one-story entry porches and were originally
almost identical in appearance, but
in the mid-twentieth century the west porch was glassed in.
The two-room-deep center-passage-plan interior features plaster wall and ceiling finishes, original
pine floors, Greek Revival mantels, and
fixed and operable louvered wood doors that divide the
passage into
an east entry end and a west stair hall. The Bare Mill ruin consists of coursed
limestone walls and measures approximately forty-five feet square. Arched openings and other
missing features suggest the mill was powered by
an undershot wheel contained within the walls
of the building. The mill is traditionally
dated to 1795; a dated inscription indicates the building
was standing in 1825. Associated with the mill is the
dry bed of a mill head race and two stone
piers that may have served as flume supports. Other resources include a brick wellhouse and
meat house with
an overhanging gable, a small frame barn, a frame privy, a cistern, and a
pumphouse. The approximately fifteen-acre parcel on which the house and mill stand is mostly
cleared crop and
pas- land with a small woodlot in the northwest comer and scattered willows
and sycamores along the narrow course of the river. The surroundings are agricultural.

The Bare Mill ruin consists of portions of the outside limestone rubble walls of the formerly story building. The east and west walls are most intact; the east wall retains its original two-story
height for most of its length.
The north and south walls have been reduced to approximately one
story in height. The stones forming the comers are larger than adjoining stones. There appears
to be a slight difference in stone color on the east elevation: the
southem two-thuds appears more
blue-gray in color and the
northern one-third slightly more brownish. Near grade at the north
end of the east elevation is an irregularly shaped stone pecked with an inscription that reads
"M" above and " 1825" below with the feet of the A, M, and A joined. Some stones show
traces of red paint.
Most window and door openings are
spanned by stone jack arches on the exterior and hewn or
log lintels on the interior. Some deteriorated lintels were replaced with white oak lintels in recent years.
Some openings retain mortise-and-tenon and
pegged jambs. A wide opening at the south
comer of the west elevation has a stone segmental arch above a wood lintel with rubble
infill.
Opposite on the east elevation is a large jack-arched opening at grade; the two archways appear
to have served as entry and exit points for water
to power an interior undershot wheel (see
architectural analysis). At
the foot of the segmental archway is a small stone ledge that may have
supported the end of a flume.
On the east elevation just above the first-story window and door
openings
runs a double row of mortises. The southernmost mortises near the south corner are
closely paired one above the other; the other mortises are irregularly spaced.
On the interior are angled segmental-arched fueplace in the northeast comer, one to each
(former) floor. The first-floor fireplace opening is larger; above it inset into the wall is a hewn
lintel. A slight ledge indicates the floor level of the former second floor. Surviving on sections
of the fust-floor walls is a mud-like plaster with
hair binder. The stair formerly rose near the
fireplaces.
The mill's tail race has been
obscured by road fill on the east side. The remains of the head race
skirt the base of the terrace on which the house stands to the west of the mill. The head race
appears to stop several dozen feet short of the mill, and between it and the mill are two large
limestone rubble piers. The piers' are rectangular in section and their faces are parallel but they
are offset. They may once have supported a wood flume
that would have angled off the end of
the head race toward the mill. The head race extends nearly
2,000 feet west of the mill with the
majority of it located outside the nomination boundaries.

I appreciate the lovely comment and your l/f Ann!! :)

Congratulations! Your marvelous art has been featured on the Home Page of the ABC Group. This art has been selected from N IS FOR NEGLECT themed week July 22-29! You are invited to add this wonderful art to the features archive.

Thank you for the feature on the Home Page of the ABC Group!!

Love vintage windows as they are the soul to history! Great capture!

I appreciate the wonderful comment and the fav Carol!! :)