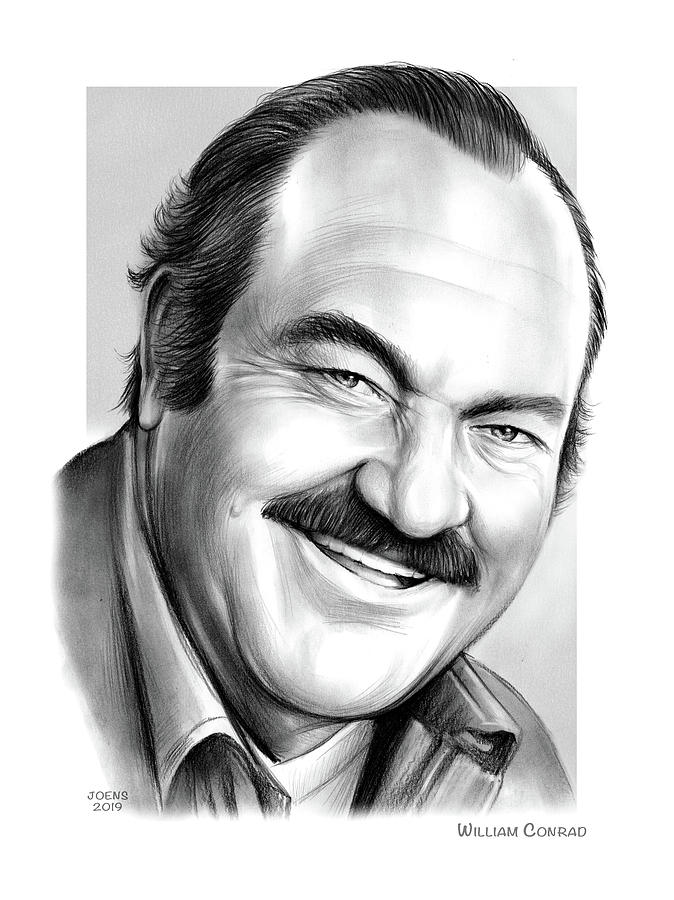 was an American World War II fighter pilot, actor, producer, and director whose career spanned five decades in radio, film, and television, peaking in popularity when he starred in the detective series Cannon (1971–1976).
A radio writer and actor, he moved to Hollywood after his World War II service and played a series of character roles in films beginning with the film noir The Killers (1946). He created the role of Marshal Matt Dillon for the radio series Gunsmoke (1952–1961) and narrated the television adventures of Rocky and Bullwinkle (1959–1964) and The Fugitive (1963–1967).
Finding fewer onscreen roles in the 1950s, he changed from actor to producer-director with television work, narration, and a series of Warner Bros. films in the 1960s. Conrad found stardom as a detective in the TV series Cannon (1971–1976) and Nero Wolfe (1981), and as district attorney Jason Lochinvar "J.L." "Fatman" McCabe in the legal drama Jake and the Fatman (1987–1992).